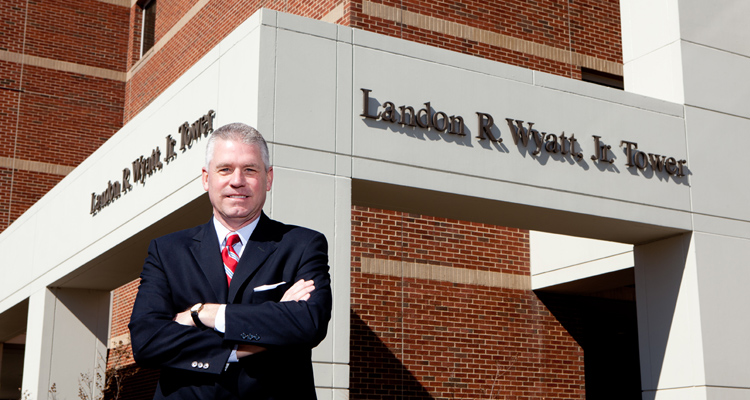 by showmag
Danville Regional Medical Center (DRMC) has seen its share of controversy. From the first moment it was sold, it was under a microscope, and wherever fault could be found, it was. Much of the community galvanized against it and public perception plummeted. But the tide has turned. Lifepoint Hospitals, a leading hospital company, made a... Read More

All you need is a little bit of faith, trust…
High Precision Gaming Mouse

Danville Regional Medical Center (DRMC) has seen its share of controversy. From the first moment it was sold, it was under a microscope, and wherever fault could be found, it was. Much of the community galvanized against it and public perception plummeted. But the tide has turned. Lifepoint Hospitals, a leading hospital company, made a very wise choice and promoted long-time employee Eric Deaton to the position of Chief Executive Officer for Danville’s second largest employer.

In Eric, Danville Regional Medical Center had someone who truly understood Lifepoint Hospital’s way of doing business. They chose a proven leader, who was so trusted by the company, that he had previously been given full control over starting a hospital in Greenfield, South Carolina from scratch. “I started with a cell phone and forty-five million dollars and it was amazing starting something brand new like that,” Eric recalled. “I learned more in that four years than I have in my whole career.” Taking any new business from concept to reality will open your eyes to the very building blocks of a business. But, a hospital is not your average business. It is an intricately layered composition of countless highly individualized business units, each with its own set of challenges. Putting together a team that can address those challenges is the first step. Having a leader with the charisma, intelligence, and commitment necessary to successfully implement true vision is a rare find. Lifepoint saw that person in Eric Deaton. After he proved their intuitions correct, he was given the keys to the flagship of their company, Danville Regional Medical Center.

A successful CEO must have perspective. When asked how does a man get to a point in life where somebody trusts you with forty-five million dollars, Eric expressed a humbleness not often seen at the top. “For me, my priorities are important and only by keeping your priorities straight can you really do your job. By having God first in your life, and then your family second, and your career third, you find balance. It’s pretty hard to keep that straight all the time, but you need to focus that way.”

When Eric and his wife, Rives, made the decision to accept the challenges and risks associated with such a serious endeavor, investing themselves in the community was less of a decision, than a way of life. They’ve shown their commitment to the area by buying a house here. They’ve become active in First Presbyterian Church. Investing themselves in the community comes naturally for them and Eric sees his position at DRMC as more than just directing the hospital’s operations. It is shepherding the company’s commitment to the region’s quality of life. “Having this job is an honor. It is not just a job, it is an adventure. I have been entrusted with a very sacred aspect of the community and it is important that I do the right things to make it better. This is a place where I can easily see myself spending the rest of my career.”

It’s with that commitment to community that instead of Chief Executive Officer, Eric refers to himself as Chief Servant. “We all need to think of ourselves as servants to our patients and our community. As the leader, I better be the example of that.” Being raised in a very loving, Christian home with a minister father, Eric keeps God first in his life. “I feel my job is really almost like a calling for me. Everything I do, I do because God’s work is important. It is in the fabric of who I am.” His father, who is seventy-three years old, types out his sermons and emails them to Eric every week. Sadly, his mother died eleven years ago from cancer. “I know what it’s like to lose somebody in a hospital. I always stress applying the values that we have and putting ourselves in the patient’s situation.”

That commitment to seeing things from the patient’s point of view is one of the improvements the hospital has undergone. All across America, emergency rooms get a bad rep. And DRMC, has not been immune to criticism. But Eric and his team have tackled this issue head on. As part of the overall effort of improving the patient experience at DRMC, a concerted effort has been made to focus on the emergency room. Eric and a team of doctors and staff members looked at the processes in place and began a revamp of the systems. One major improvement is the time it takes from when a doctor says a patient needs to be admitted to the hospital until they are actually admitted. What once literally took thirty-five steps and three hours, now takes fifteen steps and around one hour. To be clear, this is not the average time it takes to come to the emergency room, be treated, and either be released or admitted to the hospital. That is about four hours, or about one hour lower than the national average. Of course there are exceptions because patients are seen by the doctor based on the seriousness of their condition.

If a patient comes to the hospital complaining of flu-like symptoms and over the next hour, eleven ambulances arrive, those patients will be seen before the person with flu-like symptoms. That will lead to longer wait times. It’s part of the logic of how an emergency room works. The worse off a patient is, the quicker they are seen. But Eric and his team are working to improve the process so that at its worst, the wait times continue to decrease. The hospital often has all or nearly all of its beds full. So, Eric and his team are working diligently to improve the discharge process so that when a patient is ready to go home, they can actually leave the hospital as quickly as possible, thus freeing up the bed for new patients. “Every piece of the hospital affects another. A quicker discharge process is needed to get people admitted faster,” Eric said. Once that review is complete and the changes implemented, emergency room wait times will decrease again, patients who are ready to be discharged will leave the hospital quicker, and overall customer and employee satisfaction will continue to improve. 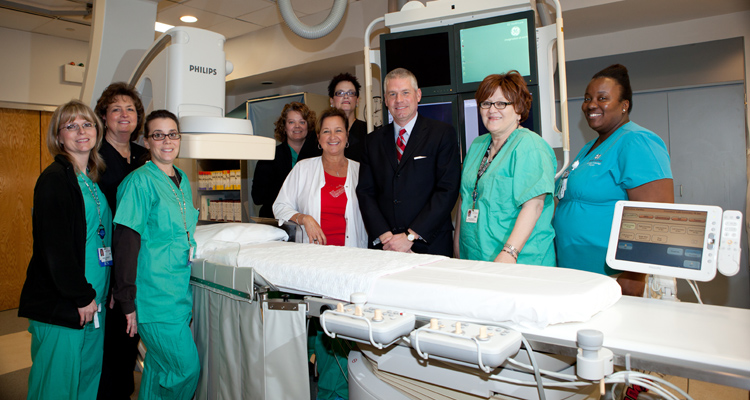 Employee satisfaction is one of Eric’s core goals for the hospital. “We have a compassionate staff that is committed to quality,” Eric said. “It’s a team that is made up of people from our community; our friends and family.” Eric is probably one of the most available CEOs at any company. Nearly every day, he visits each of the key areas in the hospital including the emergency room. He treats the janitor with the same respect he treats a heart surgeon. “Everyone here has their pride on the line,” he said. “The key thing for me is bringing on a set of values that I believe in, that our patients can believe in, and the doctors and staff can buy into. We call those CARE and they are posted publicly in the front of the hospital,” Eric said proudly. “The C stands for Customer always comes first. The A stands for Actions speak louder than words. The R stands for Respect and I believe the Golden Rule is the best way to portray that. The E stands for Excellence being our standard.”

Danville Regional Medical Center has made great strides in a short amount of time. Of the twenty-eight criteria measured that go into accrediting a hospital as a Joint Commission Hospital, DRMC is equal to or better than the national average in twenty-four. Eric and his team are dedicated to excelling in all twenty-eight categories. It is this commitment to excellence that has led Duke Medicine to partner with DRMC and the new cardiovascular program is in the 95th percentile in the country. “Cardiovascular care here in Danville is amazing,” Eric said. “And what we can’t do here, we have such good access to Duke, and with our flight support, patients are seen there quickly.” But the relationship doesn’t stop there. “There is a quality oversight program being used at Duke that has now been implemented at Danville Regional.”

The hospital is not only one of the most important quality of life elements of our community, but it has one of the biggest economic impacts as well. The importance of an excellent hospital to the region’s identity is not lost on Eric. With twelve hundred employees and a $200 million dollar annual economic impact on the area, the DRMC is one of the foundation blocks of our region. And as such, it has become more and more involved in community improvement. Not only has Lifepoint Hospitals invested $40 million back into the hospital, it was recently announced that DRMC will be giving $100,000 per year for five years to the new YMCA project. “It promotes health and wellness plus it helps to economically kick off an area in our city that needs it.” Our City, he had said with ease, as though he had lived here his entire life. “Our downtown is wonderful, there just needs to be more stuff going on.”

He’s only been here a few years, but his connection with the city is not only clear and evident but truly pure and honest. It may take a while to change people’s opinions about the hospital, and that change will be driven by results. But, there is no doubt that the Chief Servant is a man of integrity and honesty, with a spirit driven by giving.