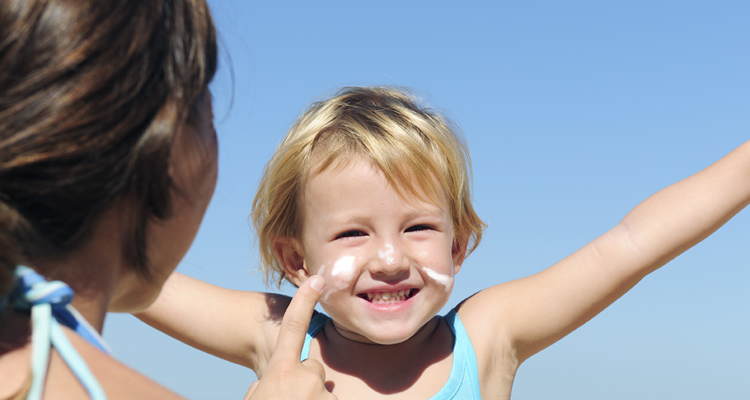 Skin Cancer: An Ounce of Prevention is Worth a Pound of Cure

by showmag
Year-round, our doctors, our friends and even our favorite talk show hosts remind us to wear sunscreen and hats, and to limit sun exposure. Despite these warnings, approximately two million people will be diagnosed with skin cancer this year. About 68,000 of these cases will be melanoma, the most life-threatening type of skin cancer. Melanoma... Read More

Year-round, our doctors, our friends and even our favorite talk show hosts remind us to wear sunscreen and hats, and to limit sun exposure. Despite these warnings, approximately two million people will be diagnosed with skin cancer this year. About 68,000 of these cases will be melanoma, the most life-threatening type of skin cancer.

Melanoma is the most common type of skin cancer among young adults. Originating in the cells that produce skin coloring and pigmentation – called melanocytes – melanoma is below the surface and, therefore, more difficult to detect and diagnose. Malignant melanoma accounts for about 8,700 of the 11,790 skin cancer-related deaths each year. According to Dr. Anupreet Oberoi, of Family Healthcare Center on Piney Forest Road in Danville, “Many people don’t pay attention to their skin until a problem arises.”

According to the American Cancer Society, skin cancer is often curable, if caught and treated in its early stages. Symptoms of skin cancer include:
• Any change in the size or color of a mole or other darkly pigmented growth or
spot
• Any new skin growth
• The spread of pigmentation beyond a growth’s border, such as dark coloring that
spreads past the edge of a mole or mark
• A change in sensation, itchiness, tenderness or pain of a growth or spot
• Scaliness, oozing, bleeding, or a change in the overall appearance of a bump or
nodule

While unprotected sun exposure has been strongly linked to skin cancer, the American Cancer Society suggests these other skin cancer risk factors:
• Unprotected and/or excessive exposure to ultraviolet radiation, such as that
used in a tanning bed
• A history of severe sunburns
• Fair complexion
• Family history
• Multiple or atypical moles
• Occupational exposures to coal tar, pitch, creosote, arsenic compounds, or
radium

“Being aware of risk factors and ensuring you get regular skin exams by your physician can greatly reduce your chances of developing skin cancer,” says Dr. Oberoi. “It’s also important to get suspicious moles or other growths looked at as soon as they’re discovered. Skin cancer can be highly treatable, but early detection is critical.”
Consider these tips for helping prevent skin cancer:
• Avoid prolonged sun exposure, especially between 10 a.m. and 4 p.m.
• Use a sunscreen with an SPF of 15+ every day.
• When going outside for extended periods, reapply sunscreen every two hours and cover up
with clothing, including a hat and UV-blocking sunglasses, whenever possible.
• Examine your skin from head-to-toe every month, and see your physician for a
professional skin exam each year.
• Keep newborns out of the sun, as sunscreens should only be used on babies
over the age of six months.

Are You Poised to Beat the Heat of the Dog Days of Summer?
Previous Post
Top 10 Tips for Playing It Safe in the Water This Summer