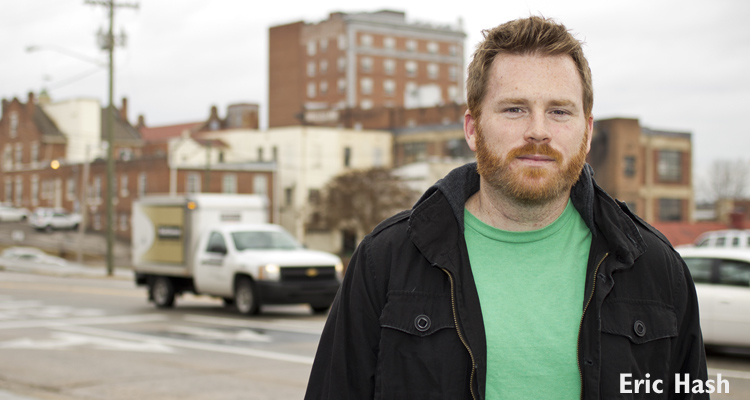 by showmag
“The opportunity to cultivate renewal.” That is what Eric Hash says drew him to Danville to become “lead guy” for a new church: Venture. The origin of Venture Christian Church has two sides. Hash had previously been on staff at a new church in Indiana, but not as the lead person. “I wanted to gain... Read More

Am I Having a Heart Attack?

Heal Yourself, Heal the World

“The opportunity to cultivate renewal.” That is what Eric Hash says drew him to Danville to become “lead guy” for a new church: Venture.

The origin of Venture Christian Church has two sides. Hash had previously been on staff at a new church in Indiana, but not as the lead person. “I wanted to gain some experience before I went out on my own and started a church as the lead guy”, says Hash. Meanwhile, a number of churches in Southside Virginia came together with the idea of funding and helping start a new church in Danville. These local churches partnered with the Virginia Evangelizing Fellowship (VEF), and the VEF hired Hash to lead this new church.

Venture is different from most churches for a number of reasons. One standout is its location. While its office is located on Patton Street, services are held at the Danville YMCA each Sunday. This can sometimes be a challenge for the upstart church. “We have to move all of our stuff in and then take it out each week,” says Hash. “We have to work a little harder to be visible to the community because people can’t see our church building.”

Venture’s tagline is “Church Re-Imagined.” This vision encompasses many aspects that create a unique experience each Sunday. The music, for example, is more contemporary, sometimes featuring songs from Mumford and Sons and Of Monsters and Men. “Our music is going to be a little louder,” Hash says, with a smile. Venture also has a very relaxed atmosphere that tries to make everyone feel welcome. “I preach in shorts when it’s warm and jeans when it’s colder,” says Hash. “We don’t care what you look like and you don’t need to get dressed up. You don’t need to make sure your life is in order. Just come as you are with all your questions, your fears, your doubts, your disagreements, your junk, and you will find that we are people just like you trying to find our way.”

Hash and the Church take great effort in trying to be actively involved in the community, serving on several boards and events, including the annual River District Festival, which Hash will serve as Chair of in 2014. “We decided in the beginning that we wanted to be involved in what the community was already doing,” Hash says. “My passion is to see the renewal of a city coincide with the spiritual renewal of its people. We see Danville as being a prime place for that to happen. We are committed to building a great city, not just a great church.”

While more traditional churches still frown upon having mobile devices out during services, Venture actually encourages it. Hash preaches his message each Sunday from an iPad and frequently suggests that the audience can take out their smartphone to follow along. Technology is a big part of how Venture conveys its message each week, using video presentations and other interactive mediums as a way to keep people engaged in the lesson.

The future for Venture is still being written and in the coming year, some significant changes are on the way. Currently, the church plans to move their services into the new riverfront YMCA building once it opens but Hash says they are leaving the door open to other possibilities. “Some kind business owner may decide that he or she would like to donate a building for us to have, but either way, we will continue to invest in the people and City of Danville.”

So as Danville is growing and making positive changes, so is this new church. Perhaps it was meant to be for Eric Hash and his family to come to Danville at this point in time when the city is working to breathe new life back into its lungs. Both Danville and Venture have something in common that they are striving for — cultivating renewal.