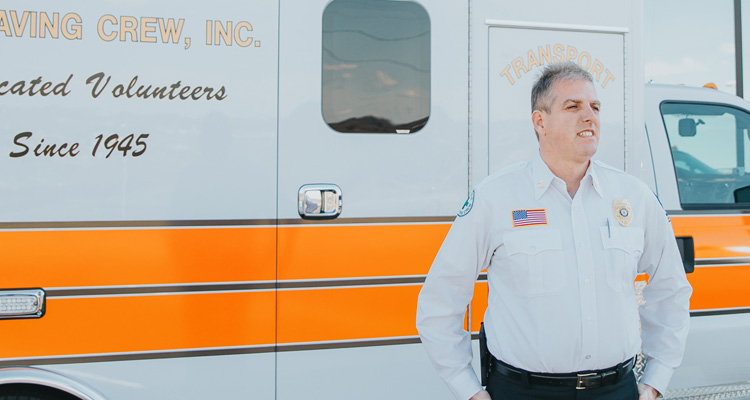 Making a Difference in Someone’s Life

by showmag
The desire to help people was instilled in Robbie Woodall at an early age. Woodall grew up in the Westover Hills area of Danville where several of his neighbors were members of the Danville Life Saving Crew (DLSC). As a boy, he looked up to the crew members and admired their dedication. “I remember going... Read More

The desire to help people was instilled in Robbie Woodall at an early age. Woodall grew up in the Westover Hills area of Danville where several of his neighbors were members of the Danville Life Saving Crew (DLSC). As a boy, he looked up to the crew members and admired their dedication. “I remember going to fundraising events for the crew with my grandfather. He always supported the crew and praised its work,” Woodall says. There was no doubt that DLSC would play an integral part in Woodall’s life.

Putting in the Work

Woodall knew that it would take effort and dedication to achieve his dream, but he had “two great role models” in his life who taught him to work hard and to never give up. “My grandfather, Jack Scarce, and my father, Robert Woodall Jr., who have both passed away took the time to help me learn about people and how to run a business. In may ways, they were different, but they shared a determination to succeed and would outwork anyone in the business.”

Woodall applied for membership in DLSC in fall of 1987. “At the time, the crew only allowed 100 members on the roll. I was accepted as a candidate member in December of that year,” Woodall says. It took Woodall about six months to complete training. He became a released member and was allowed to run a call by the next December. One had to be 21 years old to be a regular crew member. Woodall worked hard over the next couple years to advance his training and skills until he could become a regular member. “When the city annexed the Westover area in 1988, I was a member of the Westover Hills Volunteer Fire Department. It had to relocate to the Ferry Road area. That’s when I started taking EMT training,” Woodall adds.

Mentorship from senior crew members prepared Woodall for DLSC. “Herbert House, who we called ‘Pops’, was someone I had the privilege to train and run calls with in my early years with the crew,” Woodall says. House was very active on the local and state level for years and remained close to Woodall. Another member, Clayton Lester, the longest serving member with 53 years of active service, is someone Woodall thinks about often. “A friend of mine told the story of being at the bank where Clayton worked. While they were discussing a loan, a radio tone came out. Clayton said, ‘I’ll have to get back with you. It’s a bad call and they need me.’ I’ve done the same thing. When it’s in your blood, you have a sense of obligation.”

There is a substantial degree of dedication that goes into being a first responder, but the rewards are well worth it. “It’s such a great sense of purpose when you are in a restaurant and a stranger thanks you for saving a family member’s life. I’ve spoken at many places on behalf of the crew. There is always someone in the audience who recounts a family member or friend needing the crew’s help,” Woodall adds. “Just a few weeks ago, I had the opportunity to really see how much of an impact one can make on another’s life. I can’t detail the particular call, but I was blessed to work with the person and left knowing the crew had taken care of the person and the family.”

As Crew Chief, Woodall dedicates so much time to the crew, yet still finds time to run a successful business. After his father’s untimely passing, Woodall was thrust into the role of running the Woodall Automotive Network. “Even though my dad pushed me very hard, he did a great job of preparing me for things in life I never thought I would have to do so early in my career,” Woodall says. It helps that there are ties that bind Woodall and DLSC. “My employees at Woodall are very supportive of the crew,” Woodall adds. An incident at Woodall where an employee was brought back from cardiac arrest by the crew showed employees, first hand, the important job DLSC does for the community.
Woodall takes both jobs very seriously and wants to do the best for Woodall and DLSC. “Over the past two years, our executive committee, at the crew, has worked with Dr. Martha Walker, through the extension office at Virginia Tech, on a strategic plan. This helped me tremendously as a leader of the crew. DLSC is a volunteer organization but has the same needs and challenges as any other business. Our volunteers are second to none, but we have to have structure and organization to ensure the citizens get the service they deserve and expect.”
Woodall feels that it is important to work a regular crew shift twice a month. “With many years invested with the crew, I am not required to run a shift, but this is the only way I can stay on the pulse of what members face daily. It also helps to see what skills and equipment are needed to keep our crew above the curve,” Woodall says. Working regular shifts allows Woodall to view how the crew interacts with other agencies and the ER at Danville Regional Medical Center. “This is very important to the success of the EMS system,” Woodall adds.

There is no denying that Woodall stays busy, but he always finds time for his family. “I made a pledge to myself to try to have a more balanced life and make sure my family isn’t at the bottom of the list.” Life moves fast, and in a blink, today becomes the past. Woodall slows down to enjoy every family milestone. “In the fall, my son is heading to Virginia Tech and my daughter is turning thirteen. This month, my wife and I are celebrating our 20th anniversary. I love my family and these are memories I want to cherish,” Woodall says.

Giving to Help to Others

It’s easy to forget that the members of DLSC are volunteers. Members dedicate their time because they truly enjoy helping people. “The crew is one of the best kept secrets in the community. People see the nice equipment and buildings and assume we have plenty of help and resources. We are blessed to have great members and equipment, but volunteers are our biggest asset and biggest need. Our volunteers are the lifeblood of the organization. They account for over 80 percent of crew work in the community. Without their dedication, the crew would not be able to provide the excellent service to the area,” Woodall says.

For Woodall, crew life isn’t a job, it’s embedded in him. “With technology today, I can find out what’s happening with the crew even when I’m not there.” Some may view that as the definition of a workaholic, but Woodall loves helping others so much that he sees his work with crew as a getaway. “I feel that’s exactly where I am supposed to be — making a difference in someone’s life.”