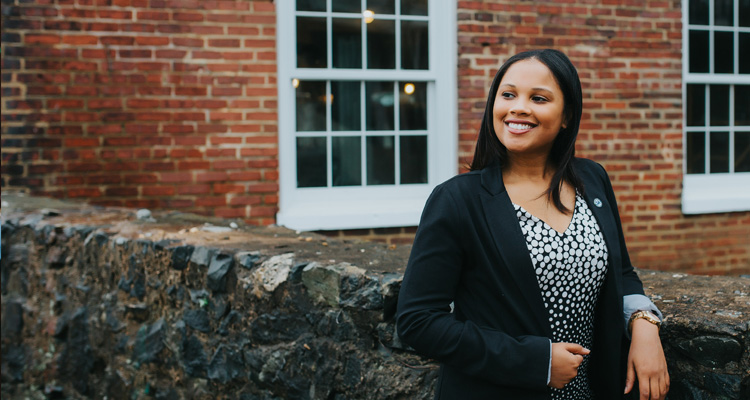 A Young Person in a Hurry

by showmag
“A young person in a hurry.” Sometimes this phrase is used in a derogatory manner towards a young person who is seen as doing “too much, too soon.” Jennifer Bowles could be viewed that way. It would be easy to dismiss her as just another ambitious millennial. But that would be a mistake. Jennifer Bowles... Read More

Born in 1989, the Martinsville native serves on the Martinsville City Council, after becoming the youngest person ever elected to the body in 2014. She followed that up by being chosen as Vice Mayor by her fellow council members starting in January 2015 and served in that capacity for two years.

Beyond her duties on the City Council, Bowles stays busy with numerous other activities. She is the community outreach coordinator at New Heights Community Support and the executive director of the New Heights Foundation. “As the outreach coordinator and executive director, I seek additional ways our organization can impact and serve the Martinsville/Henry County community,” says Bowles. The organization helps those with mental health issues. “I have a passion for giving back, and the first program focus for the New Heights Foundation will be with children. Shaping and impacting the lives of children is the greatest thing I can do for our community because they will be our future leaders. As Frederick Douglass stated, ‘It is easier to build strong children than broken men.’”

Bowles is also in the Rotary Club of Martinsville, and serves on the West Piedmont Planning District Commission board, the Virginia Museum of Natural History Board, as well being the Martinsville representative on Virginia First Cities, and the Virginia Municipal League Education & Human Development Committee. She is also a member of the Martinsville/Henry County NAACP and Piedmont Arts.

For many years in our region, we’ve had an exodus of young talent. Some leave for college and never come back. Others look elsewhere for opportunities. Bowles, a graduate of the University of Virginia, is an example of the latest generation that is deciding to return to their hometown looking to make a difference. “I truly love my hometown,” states Bowles. “It made me the person I am today, and I would not change it. We are a close-knit community, and I am blessed to live in a place where people are supportive. From my experience in comparison to other areas, we collaborate with limited resources to do the best we can for the betterment of everyone in the community.”

As far as the future of Martinsville, Bowles believes the potential is limitless. “My vision for Martinsville is to truly live up to our motto: A City Without Limits. We are a resilient community, and we will continue to rise and become the place we were once known for.” With young leaders like Jennifer Bowles, Martinsville’s future looks very promising.