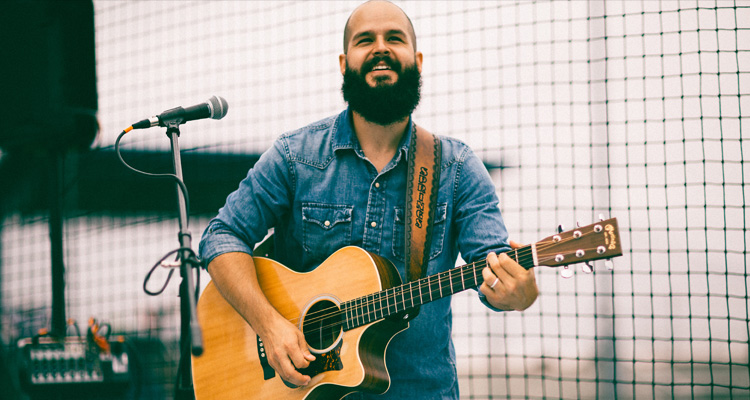 by showmag
Jason Springs grew up in Danville before moving to Louisiana at age seventeen. “I fell in love with the South and the culture that was there. I was young and thought I knew everything, so when my family decided to move back to Virginia, and I was going off to school in Mississippi, I decided... Read More

Jason Springs grew up in Danville before moving to Louisiana at age seventeen. “I fell in love with the South and the culture that was there. I was young and thought I knew everything, so when my family decided to move back to Virginia, and I was going off to school in Mississippi, I decided to stay as far away from ‘home’ as possible. I ended up moving back to Baton Rouge, working different odd jobs, including a few in the golf business, which ended up taking me up and down the east coast for a few years. After time in Myrtle Beach, Connecticut, and Louisiana again, I finally ended up back in the state of Virginia. I guess the older I got, the more I felt that I needed to be closer to my family and the ‘home’ that I ran from for so long,” Springs says.

Springs grew up in a musical household. He says, “Mom sang. Dad sang. I remember when I was younger there was always music on. James Taylor. The Eagles. The Steve Miller Band. I guess it was just in my bones from day one. I’ve always had a love for music; the stories, lyrics, melodies, harmonies. I’m a sucker for a spot on harmony, nothing beats it.”

Springs developed an ear for music at an early age. He started playing bass at sixteen when his church’s youth band needed a bass player. Springs adds, “Once we moved to Louisiana, the group of guys I hung out with all played some sort of instrument. Our weekend hang out was sitting around a fire while they all took turns playing songs with all of us singing. Eventually, I got my hands on one of their acoustic guitars. That started it all. The more I played, the more I wanted to write my own songs, and the rest is kind of history.” Springs learned how to play guitar by watching and asking questions. “In Louisiana, it was Stephen, David, and Chris. In Virginia, it was always Matt Crowder. They’re all ridiculous players, so I benefited enormously from them. I guess I’ve got about seven years or so of acoustic guitar under my belt now. I’m nowhere near as good as any of those four guys, they’d still run circles around me any day. But, three chords and the truth, that’s all we need, right?” Springs smiles.

Springs notes that his taste in music has changed numerous times over the years. These days, he spends most of his time listening to Red Dirt Country. Some of the artists Springs is spinning are John Moreland, Jason Isbell, BJ Barham/American Aquarium, David Ramirez, and John Fullbright. He also lists the Turnpike Troubadours as a favorite, likening them to a modern day Charlie Daniels Band.  “I seem to pay attention much more to the music I’m listening to as a whole these days. As a songwriter and musician you have to always try to better yourself. Songwriting is a muscle, and like anything, the more you do it, the better you get (hopefully). I find myself studying the songwriters I listen to all the time. Sometimes it’s the small things like phrasing or dialect in the way their words are sung. Other times, it’s the way the lyrics are written, how they go about drawing the listener in with descriptions, or even what point of view they write from. All of these elements together are what makes a good song.”

In October, Springs had the opportunity to open for one of his favorite artists, BJ Barham who was supporting his latest record Rockingham, which happens to be Springs’ favorite album. “It was my first ‘full circle’ moment as an artist, as BJ has been a huge inspiration in my writing for many years now. Six years ago, I saw his band, American Aquarium, in Louisiana, and it changed the way I approached songwriting completely. It made me start viewing music in a new way and made me push myself more to become better at songwriting. Not only that, but it opened up a world of new artists that I’d never known existed before, all of which have now become huge influences in how I approach my craft as an artist. So, to have the chance to share a stage with BJ for a night was a huge deal for me, and one that I’m extremely grateful to have experienced,” Springs says.

Springs has written original music for about five years. The culmination of these writing sessions is his debut album Blue Collar Bones & Busted Knuckles which will be released on November 26. “The songs were written simply by me and an acoustic guitar, but the album is a full band effort that we recorded at Music Mania Recording Company in Burlington, North Carolina. The owner of the studio, Jeremy Thomas, is one of the nicest guys you’ll meet, and one heck of a drummer, musician, and producer. With his help, along with Matt Crowder on electric guitar, and Josh Moss on bass, it turned out better than I could have ever imagined. These boys are musicians. They are true professionals in their craft, and I think it shows in what we’ve created together,” Springs says.

For Springs, it’s been a solid ten-year process of getting to the point to share Blue Collar Bones & Busted Knuckles with the world. The album’s theme focuses on the last decade of his life. “There’s talk of my time in Louisiana and the relationships I experienced while there. It tackles young years of rebellion, messing up in life, and idiot choices. Then, there’s parts that tackle self-analyzation, and the fact that we screw up as people, and have to be able to step back and find our own faults and acknowledge them. The album to me is one of growth, and one that hopefully shows my own improvement as a person. It’s tricky when you put your own faults out there for others to see. It’s refreshing in a sense, but also terrifying. You’re exposed. Vulnerable. I’ve tried to make this album as honest as I possibly could, and I’m very proud of the finished product.”