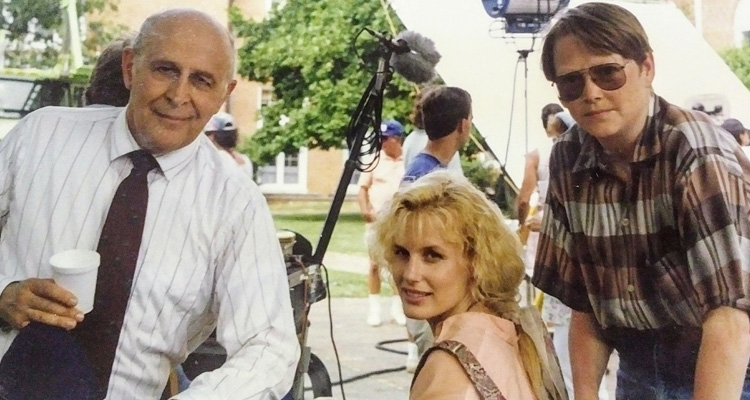 by showmag
Dr. Seuss once said, “Being crazy isn’t enough.”  But for the sleepy little town of Chatham, Virginia in the spring of 1989, perhaps it was.  This wasn’t any ordinary spring. For seven weeks, Chatham became “Little Hollywood” when the Paramount Pictures film Crazy People was filmed there. The all-girls school Chatham Hall was transformed into... Read More

Dr. Seuss once said, “Being crazy isn’t enough.”  But for the sleepy little town of Chatham, Virginia in the spring of 1989, perhaps it was.  This wasn’t any ordinary spring. For seven weeks, Chatham became “Little Hollywood” when the Paramount Pictures film Crazy People was filmed there. The all-girls school Chatham Hall was transformed into the fictitious Bennington Sanitarium, which, in the film, is in Massachusetts.

Starring Daryl Hannah, Dudley Moore, and a pre- Mad About You Paul Reiser, Crazy People is about an ad executive who suffers a nervous breakdown and finds himself in a mental institution where his career begins to thrive with the help of the hospital’s patients.  Scenes in the film that take place in New York, were filmed in nearby Roanoke, Virginia. 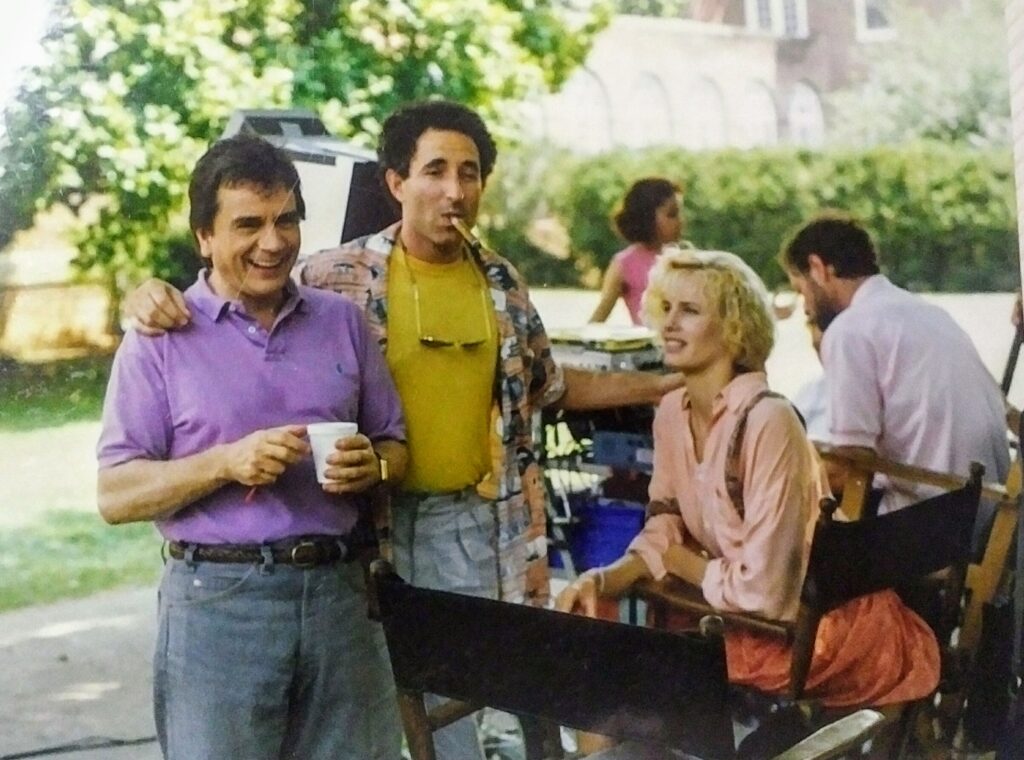 Beyond the cast and crew, dozens of local citizens were employed to serve as extras in the film.  Valerie Setliff was one of the extras.  “I saw an ad in the Danville Register and Bee for extras for a movie being filmed in Chatham, Virginia,” Setliff says.  “I thought it would be fun to work with the actors and see how movies are made.”  Setliff worked on the film for six weeks.  “I thought the actors who I either had scenes with, or talked to during our lunches (Dudley Moore, Daryl Hannah, Paul Reiser, David Paymer, David Packer), were all very nice, and we were able to mingle with them during breaks,” she remarks.

It was the memories in between filming that sticks with Setliff the most. “I took my daughter Lindsay, who was 12 at the time, on set some days, and Daryl Hannah would drive her all around in the golf cart when she wasn’t filming,” recalls Setliff.  “Dudley Moore liked to play the piano and sing for us in the music room of Chatham Hall. That was a thrill to have him entertain us during some editing of the film.”

Setliff wasn’t the only local to get a chance to meet with the cast. Janet Phillips had an opportunity to go on set and spend time with Moore, who was her favorite actor at the time.

“He wanted to know all about what I was studying in college, music therapy at that time, and he played the piano for me,” Phillips says. “I read his book after he died, and if only I’d known how much he enjoyed playing Bach flute and keyboard pieces, I would have taken my flute on my visit with him.”

Don Conner was the owner of a sports card stand at the Eden, North Carolina Flea Market when the movie was being filmed and said, at one point, Hannah came through the market. “I recognized her before the other patrons and got an autograph. She was very nice and very striking in a mini-skirt and cowboy boots,” Conner says. “Daryl was looking for antiques. She didn’t buy any ball cards.”

Some non-cast members who visited the set also drew attention from the locals. At the time, Hannah was linked to John F. Kennedy Jr, as well as singer Jackson Browne. Both visited her while she was filming, at different times, of course.  Charles Womack recalls, “My sister-and- law was the manager of Food Lion in Tightsqueeze, and JFK Jr. came in to buy beer.  The cashier had no idea who he was and carded him.”  Frankie Marsh also had a humorous grocery store encounter with Kennedy.  “I ran Eddie’s Supermarket in Chatham at the time. JFK Jr. came in one Sunday morning. The rumor around town was that Jackson Brown was in town to see Daryl Hannah. Kennedy asked me where the cinnamon sugar was, so I walked him to it. I said, ‘Can I ask you a question?’ He said, ‘Sure.’ I asked, ‘Are you Jackson Browne?’ He laughed, patted me on the shoulder and said, ‘Afraid not.’ I’m sure he didn’t forget that.”

Filming for Crazy People wrapped in the summer of 1989 before being released on April 13, 1990.  While the film was not a smashing success at the box office, the impact it left on a small Virginia community was easy to see.  The filming of the movie only lasted six weeks, but the memories created for those who were a part of it have lasted a lifetime.