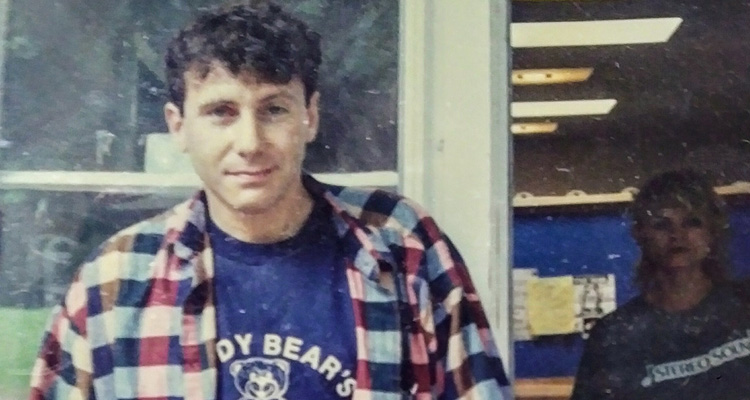 The Crazy World of Bucket Lists

by showmag
He Said Did I ever tell you about one of the items on my bucket list that I actually accomplished? I know you write about me being lazy, lethargic, non-caring, slow thinking, etc. One of my goals was to be in a movie. I did just that when I appeared in the movie CRAZY PEOPLE... Read More

Keeping Love In Your Relationship

Did I ever tell you about one of the items on my bucket list that I actually accomplished? I know you write about me being lazy, lethargic, non-caring, slow thinking, etc. One of my goals was to be in a movie.

I did just that when I appeared in the movie CRAZY PEOPLE with Dudley Moore and Daryl Hannah.

I know what you’re going to say… ” I have seen hours and hours of your home movies, and I don’t think that people are going to want me to share those.”   No, this was a real live movie made in Danville. Actually, it was made in Chatham, but Danville is close enough. It was nothing like I thought it would be and EVERYTHING I ever dreamed of, all in one weekend! Does that make sense?

I got to meet Dudley Moore and Daryl Hannah which was awesome. But then I had an eye to eye moment with Paul Reiser, and he wasn’t very friendly. There were many stories I could tell you, but the gist of this writing is to say I succeeded in marking off one of my bucket

list goals. Remarkably, I have been successful in checking off most all I wanted to accomplish. The list was made when I was quite young, and the only thing on the list that I didn’t do was own a Mercedes. I don’t know why that was on my list but as I think back, it was

probably because I was young, and a Mercedes was what all the most successful people drove at that time. Today it would be a Maserati or Lamborghini, which I surely don’t want.

I guess I can count my fifteen minutes of fame condensed to two and a half seconds I was on the screen because they edited so much out.  Why not go and check it out …but you may not recognize me. I’m wearing a suit, weighed fifty pounds less, and had a full beard.

Knowing that you made a bucket list when you were young is enough to astound me. I thought fast cars, fast women, and squandering your money at the beach were your biggest goals at that time. I don’t remember you talking about any of the other things that you had on your bucket list, but I could hazard a guess. I would have assumed that you wanted to live in a big house, drive an expensive sports car, schmooze with all the beautiful people, and be worth a zillion dollars or more. Please note that I said I would have ASSUMED that was what you wanted. Personally, from what I knew about you in high school, I would have thought you were probably serving a life sentence in maximum security. I thought since you were always

outside smoking with your gang, you never turned in your homework, and when you participated in the class room, it was to tell a joke, that you would never amount to a hill of beans.

I’m sorry I misjudged you. We all have a tendency to judge a book by its cover, and you were covered all over with misunderstandings, my dear. Your reputation and actions sort of spoke for themselves from where I was standing. I didn’t see the movie CRAZY PEOPLE, but when I retire, I’ll have time to take a look at it. Today, I’ll add that to my bucket list along with learning to read music and knitting.