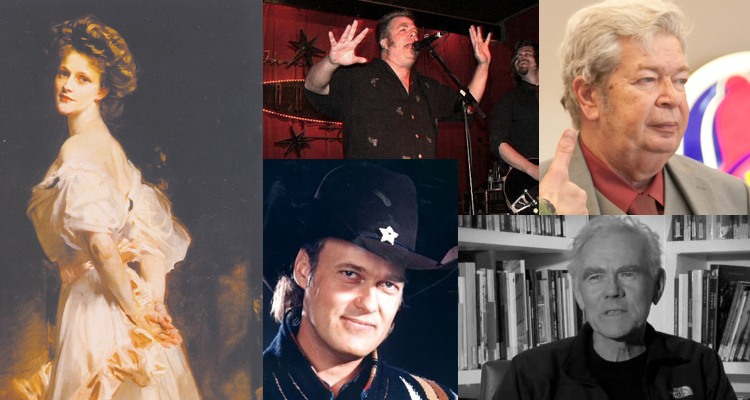 by showmag
NANCY ASTOR – Nancy Witcher Langhorne was born in May 1879 at the Langhorne House in Danville, VA. She was an American citizen who moved to England at age 26. She made a second marriage to Waldorf Astor as a young woman in England. After he succeeded to the peerage and entered the House of... Read More

Times Yet To Be
Tiny, But Deadly: A Look at Rose Rosette Disease

NANCY ASTOR – Nancy Witcher Langhorne was born in May 1879 at the Langhorne House in Danville, VA.

She was an American citizen who moved to England at age 26. She made a second marriage to Waldorf Astor as a young woman in England. After he succeeded to the peerage and entered the House of Lords, she entered politics, in 1919 winning his former seat in Plymouth and becoming the first woman to sit as a Member of Parliament (MP) in the House of Commons.

EMMETT GOWIN – Emmet Gowin (born 1941 in Danville, VA) is an American photographer. He first gained attention in the 1970s with his intimate portraits of his wife, Edith, and her family. Later he turned his attention to the landscapes of the American West, taking aerial photographs of places that had been changed by humans or nature, including the Hanford Site, Mount St. Helens, and the Nevada Test Site. Gowin taught at Princeton University for 25 years.

RICHARD BENJAMIN HARRISON – Richard Benjamin Harrison Jr., (also known by the nicknames The Old Man and The Appraiser) (born in Danville, VA March 4, 1941), is a Las Vegas businessman and reality television personality, best known as the co-owner of the World Famous Gold & Silver Pawn Shop, as featured on the History channel series Pawn Stars. Harrison was the co-owner of a pawn shop with his son Rick Harrison, which they opened together in 1989.

MOJO NIXON – Mojo Nixon (born Neill Kirby McMillan, Jr.; August 2, 1957) was born in Chapel Hill but raised in Danville, VA is an American musician, known for playing psychobilly music. He has officially retired from playing live and recording, though he does host several radio shows on Sirius Satellite Radio and has come out of retirement for onetime events, such as an event to support fellow musician Kinky Friedman’s candidacy for Texas governor.

RICKY VAN SHELTON – Ricky Van Shelton (born in Danville, VA January 12, 1952) is an American former country music artist. Active between 1986 and 2006, he charted more than twenty singles on the Billboard Hot Country Songs charts. This figure includes ten Number One hits: “Somebody Lied”, “Life Turned Her That Way”, ‘Don’t We All Have the Right”, “I’ll Leave This World Loving You”, “From a Jack to a King” (a cover of the Ned Miller hit), “Living Proof”, “I’ve Cried My Last Tear for You”, “Rockin’ Years” (a duet with Dolly Parton), “I Am a Simple Man”, and “Keep It Between the Lines”. Besides these, seven more of his singles have landed in the Top Ten on the same chart. He has also released nine studio albums, of which his first four have all been certified platinum by the Recording Industry Association of America.

Get a Lasting Memory of Furry Friend
Previous Post
August 2017