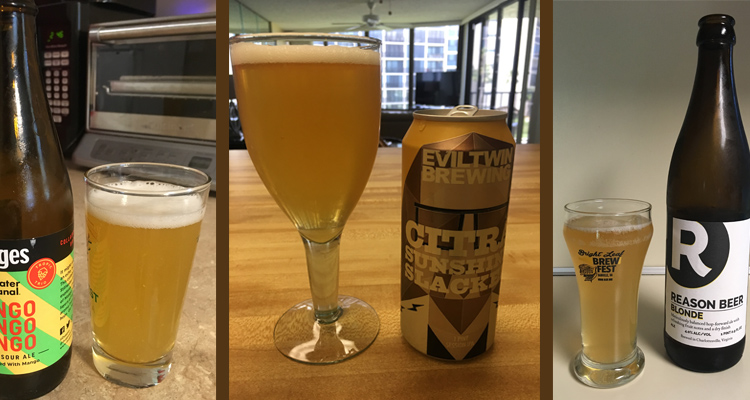 by showmag
Is it a revolution or is it re-evolution? I prefer to think it’s the latter. For most, the history of craft beer in America only goes back a few decades, but that is not the case my fellow foam followers. Would you believe me if I told you that before prohibition there were over 4,000... Read More

Is it a revolution or is it re-evolution? I prefer to think it’s the latter. For most, the history of craft beer in America only goes back a few decades, but that is not the case my fellow foam followers. Would you believe me if I told you that before prohibition there were over 4,000 breweries in this country? Probably not. It wasn’t until after prohibition that some entrepreneurial German settlers decided to corner the market and keep a stronghold on it for a good number of years. Enter rice and corn and the beginning of a long span of bland, adjunct beer. It wasn’t until 1965 that a man by the name of Fritz Maytag bought Anchor Brewing in California and by some accounts gave birth to the craft beer movement in America. But enough with the history lesson. Let’s move on to a more flavorful topic.

So, What Exactly is Craft Beer?

So, what exactly is craft beer? Siri’s definition is “a beer made in a traditional or non-mechanized way by a small brewery.” Well, my digital princess, there is more to it than just that. The Brewers Association defines a craft brewery as “small, independent and traditional.” Small—as in annually brews 6 million barrels or less. Independent—as in less than 25 percent of the brewery is owned by an alcohol industry that is not itself a craft brewer. And lastly, traditional—as in a brewer whose total alcohol beverage production is in beers that use traditional and innovative ingredients and methods in fermentation.

So, what does all this mean to the domestic beer drinker who is curious about craft beer? Well, it means you have options at your disposal. A LOT of options. In 2016, there were well over 5,000 American craft breweries and over 1200 in the works. This means that when you walk into your favorite supermarket, restaurant, bar, or bottle shop there will typically be a good selection of craft beer to choose from. Not to mention the local breweries. You would be hard pressed not to find a local craft brewery in just about any town or city in America in your travels these days. We have two fine examples right here in Southside in Ballad Brewing and Two Witches. Both with their own unique styles of beer and atmosphere. Breweries have become a fun and relaxing place to socialize, listen to live music, and of course enjoy good tasting beer. And last but not least there is the Brightleaf Brewfest. Which in its 10th year has become one of Danville’s finest events. Plenty of great craft beers to sample from all the local distributors as well as small independent breweries right down to the local home brewers. There is certainly something for everyone to try and enjoy.

Such an interesting notion with regards to new craft beer explorers. I don’t know how many times I’ve heard, “That’s too bitter!” Or, “That’s too fruity!” Or here’s my favorite, “That sure is a dark beer, I doubt I will like it.” Well, life is about progression. Do you eat the same foods you ate when you went to college or when you moved out of your parents’ house? Probably not. Do you read the same kinds of books that you read when you were in high school? Doubtful. Why would beer be any different? I will admit that I myself was somewhat skeptical the very first time I tried a pale ale and probably made some of these same comments. But, I knew there was something there that was different. Something unique and satisfying even if my taste buds at the time didn’t agree. I decided to give craft beer a second chance and a third chance and so on until my palate was acclimated to the point of enjoyment. These days, I consider a good craft beer a part of my life like good BBQ, a strong cup of coffee, or listening to a great album.

My advice to the beer drinker who is interested in venturing into the craft world is to try different styles. Utilize the beer stores that offer a “mix and match” six-pack, so you can try the many brands and styles.  A lager, pilsner, or wheat beer is a nice start. “Not too polarizing,” as my friend Uncle Rod at Vintages by the Dan would say. There are many lighter options that would accommodate what you are used to in a beer. Then boldly move on to an amber ale, pale ale, or even an IPA (India pale ale). As time goes by, you may find yourself pouring a solid black Porter or stout and enjoying it by a campfire with a group of friends while the kids are roasting marshmallows. Or who knows, maybe someday you will find yourself at a bottle sharing party enjoying a barrel-aged sour with the members of Train Wreck Brewers Club. The possibilities are endless.

Regardless of what you try, or what styles you may or may not like, just enjoy the experience of having some variety in your life and don’t be afraid to explore the unknown!

Cheers, and tables too…