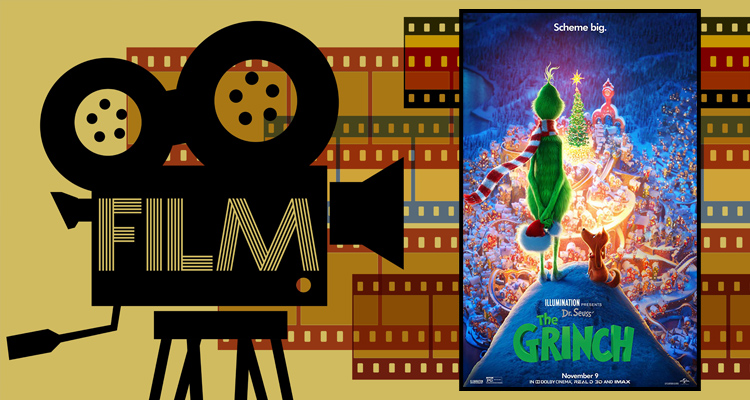 Skip it if you prefer: Excellent animation, original versions, Pixar.

My nine-year-old son enjoyed the movie and there was a lot of laughter from children and adults in the theatre, so I think some will enjoy this version. There are a few new characters that work well. Kenan Thompson’s, Mr. Bricklebaum is a welcome addition and has some funny scenes. There are also a few animals that are fun to see, but otherwise there is not a lot of good here. The best thing I can say about this movie is that the runtime is under an hour and a half, so the suffering is not too bad.

The other recent Seuss animated films, The Lorax and Horton Hears a Who! were both great expansions of the original source material. This film had potential to do the same, however it failed on many levels. The “Grinch” never feels grinchy enough. The bits and pieces we get of the original made for television version are ruined with additions or changes. Overall, the entire movie feels like a bad cover of a classic song. The animation is not on par with any of the other films and the production feels more like a made for television special. The usually fantastic Benedict Cumberbatch is just alright here. He lacks a growly meanness in his tone and expression. I wanted to like the updated “You’re a Mean One, Mr. Grinch,” but it is terrible. Tyler, The Creator has never impressed me with lyrics and this version feels lazy and comes too early in the film. The movie also tries some new verses mixed into the classic narration and it reminds me of most current rap. It feels lazy and lacks the original writing style of Suess. Apparently, Danny Elfman even has some input to the score, but it went unnoticed. The oddest moment was when Scott Mosier’s name pops up as a Director. Yes, the Scott Mosier that produced most of Kevin Smith’s movies including Clerks, Mallrats, Chasing Amy, and more. The entire movie is an odd mixture of Hollywood and it never worked for me. While Seuss’ name is in the title, it was far too altered from the original book and the other films. Yes, the Jim Carrey version had its flaws, young Grinch and that dreadful Faith Hill song, but it still captured the essence of the book while paying tribute to the original television special. This 2018 version feels out of touch and missed the mark.

[spoiler title=”Spoilers! If You Have Not Seen the Movie Stop Here!] ”Max the dog is a crowd favorite and yet here is overshadowed by a goat and an obese reindeer. I hated that Max gets less attention, but the new animal characters were fun. The goat scenes are probably some of the best moments in the whole movie and Fred, the reindeer will be adored by children and adults alike. What’s worse about this movie is the way the Grinch is portrayed. Even the updated rap song mentions his yellow teeth and yet, later in the film I came to realize his teeth were white. He lost his gut and even had compassion for most of the animals. Overall, he was just too nice. His best scene is in a grocery store when his grinchyness shines its darkest. I wondered why they did not take this story on from a different angle, perhaps in the way Maleficent told an alternate story of Sleeping Beauty. Even a sequel or prequel would have been better than this disgraceful version. Do yourself a favor and stick to the original cartoon or Ron Howard’s adaptation. As for me, I hated this version as much as…well, as much as the Grinch hated Christmas.[/spoiler]