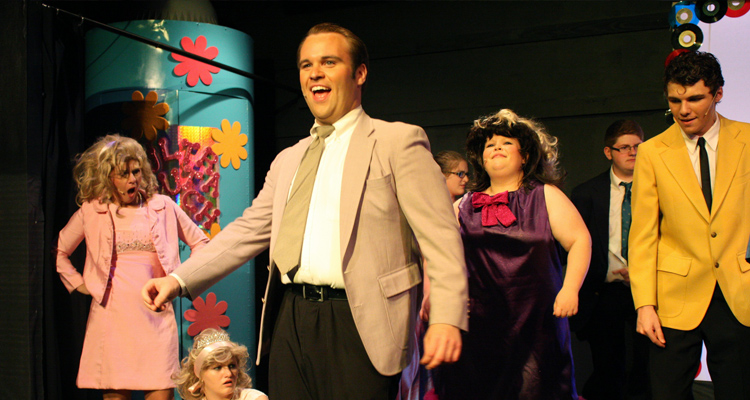 by showmag
PHCC Patriot Players and TheatreWorks Community Players offer year-round entertainment in Martinsville-Henry County, Virginia No other art form can bring stories to life the way that live theatre can. There is something magical about a group of people banding together, interpreting a script and presenting the author’s words for the audience to experience in person.... Read More

No other art form can bring stories to life the way that live theatre can. There is something magical about a group of people banding together, interpreting a script and presenting the author’s words for the audience to experience in person. Martinsville-Henry County is honored to have two theatre groups offering year-round entertainment to both residents and visitors to our great community.

TheatreWorks Community Players was founded in 2004 and has been active for fourteen seasons. It is estimated that more than 600 individuals have participated in TheatreWorks productions from their first show, Little Shop of Horrors, to their most recent show, Don’t Drink the Water.

Founded in the 2012-2013 academic year, the Patriot Players call Patrick Henry Community College home. The company is in their sixth season and more than 500 volunteers have worked with the company since its first production, Find the Magic in You, in April 2013.

A History of Amazing Shows

Over the years, big named productions have made their way to Martinsville-Henry County. For the Patriot Players, their six seasons have included well-known titles such as Shrek, Legally Blonde, The Color Purple, Dreamgirls, CATS, Into the Woods, and many other beloved musicals.

TheatreWorks has also had a wide variety of fantastic productions including: Chicago, A Streetcar Named Desire, Les Misérables, Hairspray, A Raisin in the Sun, and A Few Good Men. Both companies have been working tirelessly to bring great productions to our area.

The Heart of the Show

When asked about what makes a show successful, both groups emphatically responded with volunteers. As Barbara Parker, TheatreWorks Board Member, states, “All the actors are volunteers as are the people working the bar, the ushers, and others who help build the sets, do the marketing, etc. For everyone involved, there is nothing more exciting than to see the Black Box (Theatre) fill up for a performance.”

Devin Pendleton, Producing Artistic Director for PHCC Patriot Players states, “Our volunteers change from show to show. Some volunteers act while some only work backstage. Some prefer winter months, some summer. It takes a large group of people to produce each show and their availability is always changing. Our team works tirelessly to ensure that we deliver engaging excellence for all ages, through the talent we present, the services we offer and the experiences we create.”

The Power of the Stage

No one can say it better than the companies themselves:

“The arts are powerful – a catalyst for bringing together communities of people, providing educational opportunities and transforming lives through meaningful arts experiences. The Patriot Players has played a small but important role in the growth and revitalization of the arts in Martinsville-Henry County, VA. Being a Patriot Player is like having a ‘second family’ or a ‘chosen family,’ and you must experience it to understand it. ‘Once a Patriot Player, always a Patriot Player.'” – Devin Pendleton (PHCC Patriot Players)

“Community theatre flourishes all over the country because we all have a little bit of actor in us. Not everyone can be on Broadway, but the talent even in a small town is amazing. You don’t have to be a professional to be on the TheatreWorks stage—it’s all about the experience and even if being on the stage is not your thing there’s a place for you. That’s what keeps people coming back and auditioning, and audiences coming back for more. It’s an escape, a passion, a lot of work and time commitment, and worth every second.” – Barbara Parker (TheatreWorks Community Players)

The Show Must Go On

Local theatre troupes rely heavily on volunteers, advertising, sponsorships and more to keep the art of the stage alive in our community. Get involved in upcoming shows in any way you can. Volunteers are needed on the stage, as technical and backstage crews, in the lobbies, as ushers and many other roles. If you can’t donate your time, considering advertising in show programs or sponsoring productions. Full information on ways to get involved can be found at TheatreWorks and PHCC Patriot Players.

PHCC Patriot Players: Mamma Mia! April 25-28 & May 2-5
Mamma Mia! tells the story of Sophie, a twenty-year-old bride-to-be who longs to have her father walk her down the aisle, but she has no idea who he is. With nonstop laughs and exhilarating dance numbers set to the iconic music of ABBA, Mamma Mia! has been a global smash hit since its premiere on Broadway in 2002.

TheatreWorks Community Players: Moon Over Buffalo May 9-11 & 17-19
In the madcap comedy tradition of Lend Me a Tenor, the hilarious Moon Over Buffalo centers on George and Charlotte Hay, fading stars of the 1950s. Have fun as their story is unveiled and literally everything that could go wrong does go wrong.