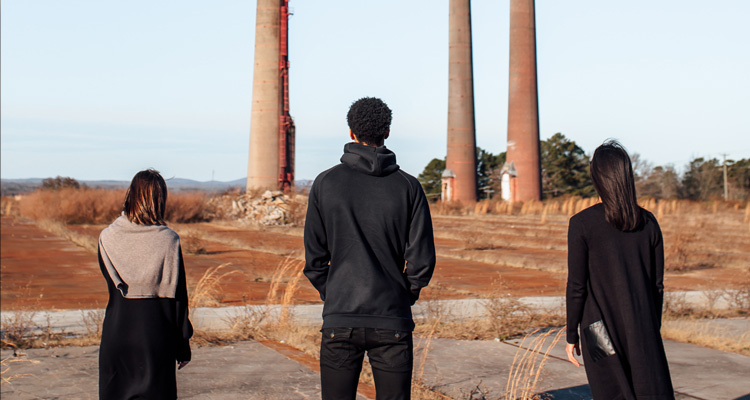 Looking Ahead at Danville’s Future

by showmag
2020 was a year unlike no other (thanks to the pandemic). Still, it also gave further evidence that the city is undergoing a remarkable transformation to a safe city with a diversified, modern economy. Consider the following events in 2020 (to name a few): The Police Department reported crime is down in most categories, and... Read More

2020 was a year unlike no other (thanks to the pandemic). Still, it also gave further evidence that the city is undergoing a remarkable transformation to a safe city with a diversified, modern economy.

Consider the following events in 2020 (to name a few):

And last but not least, Danville voters in November approved casino gaming by a margin of more than two-to-one, with 13,022 ballots cast in favor of a gaming establishment to be built at the former Dan River Mills industrial complex in Schoolfield.

As we look to turn the page to 2021 (and hopefully say goodbye to the pandemic), there is much on the horizon that will continue transforming our city and region. Be sure to look for these events ahead (again, to name a few).

Following the referendum, Caesars Entertainment made an upfront payment of $15 million to the City of Danville as stipulated in the development agreement. Caesars made that payment on Dec. 8.

A portion of the payment will go toward the new police station project. The remainder will be used for various capital improvement projects that City Council, with public input, will approve in the months ahead.

Steven Gould, a partner in the law firm Byrnes Gould that is working with Caesars, says citizens can expect the following milestones in 2021:

In 2022, construction continues. In 2023, hiring for the casino resort will occur in the first quarter, with construction concluding in the second or third quarter and the resort opening in the third or fourth quarter.

“I want to thank our community for the strong support that was shown in last month’s referendum,” Gould told the City Council in December. “I believe this is a project that our entire community will be able to be proud of, and it is a project that will benefit not only Danville but the larger region.”

The Danville Office of Economic Development has received approval from the City Council and the Pittsylvania County Board of Supervisors to become the designated marketing organization for both localities and tap their full tourism potential.

The plan for 2021 is developing regional tourism assets and supporting existing tourism-based businesses. With casino gaming providing a revenue source, there will be new opportunities to invest in tourism and marketing.

The first step will be to hire a tourism manager who will build a tourism brand for the community and launch a tourism website and social media accounts.

The Parks and Recreation Department remains committed to offering services, programs and events in 2021, such as the opening of the farmers market in the spring and music and family events in the summer.

The Riverwalk Trail and local parks will be fully open — and the community can expect continuous improvement to both. Also, 2021 will see the return of a bike-share program.

The Danville Public Library will offer new services. An outreach vehicle will visit locations throughout the city to deliver materials, serve as a mobile internet hotspot, and act as an emergency relief vehicle during outages and crises. Also, a student access program will grant students, teachers, and faculty of Danville Public Schools access to library resources.

The Information Technology Department in 2021 will release a new permitting, licensing, and land solution portal for all customers.

The portal will enhance contractor and citizen access to permits and inspections through a custom web interface. Users can easily apply for new permits, manage existing permits, and schedule permits utilizing a public-facing website. Additionally, users can submit plan reviews for an integrated collaborative experience. The portal will connect to a payment management system to enable online payments.

Enhancements also are planned for the utility portal, including one that will allow users to text information about a power outage.

Several utility projects are planned for 2021, including electric substation upgrades, installation of a battery storage system, completion of the 20-year natural gas main replacement program, and installation of water and wastewater infrastructure at the Southern Virginia Mega Site at Berry Hill.

Substation upgrades: Danville Utilities has been working toward upgrading electric substation infrastructure to increase reliability and reduce outages. In 2020, the Riverside and Schoolfield substations in Danville were upgraded. In 2021, upgrades to the Kentuck and Whitmell substations in Pittsylvania County are scheduled by June. Upgrades to the Southside and Westover substations in the city are expected by December. The new equipment will last for 30-plus years.

Battery storage system: This energy project is designed to shave peak charges and save money. The project will be sited on an unused land plot, about 100 feet by 70 feet, outside the Danville Utilities warehouse in Danville. The batteries would be charged during off-peak hours when energy prices are lower and discharged during on-peak hours to offset or avoid transmission and energy capacity costs.

Danville Utilities is targeting December for the operation of the battery system. It would be the utility’s first energy storage system. According to estimates, the battery system would save $1.2 million in transmission and capacity costs in the first year.

Gas main replacement: Crews have been working over the past 20 years to replace 337 miles of cast-iron natural gas main with a longer-lasting polyurethane gas main. The project has encompassed every neighborhood in the city. As cast iron main has been removed from the system, the staff has reduced gas leaks associated with gas mains.