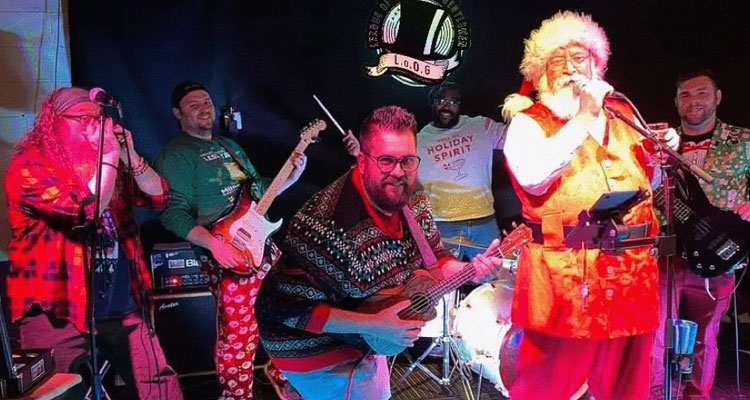 Stay Humble. Practice Patience (and Lots of It)

by Paul Seiple
Matt Doss grew up in Pelham, North Carolina, but has called Danville home for most of his life. After high school at Bartlett Yancey, he earned a Bachelor of Arts degree from Averett University. Doss sings lead for local favorites, The League of Ordinary Gentlemen (LoOG). Music has been part of Doss’s life since middle... Read More

Singing is What I’m Supposed to be Doing

Matt Doss grew up in Pelham, North Carolina, but has called Danville home for most of his life. After high school at Bartlett Yancey, he earned a Bachelor of Arts degree from Averett University. Doss sings lead for local favorites, The League of Ordinary Gentlemen (LoOG).

Music has been part of Doss’s life since middle school. “The first performance that I vividly remember was a Christmas show in 5th grade. A choir sang as I danced around during a rendition of ‘Frosty the Snowman’ with a laminated construction-paper cutout of said snowman rubber banded to my wrists and waist,” Doss recalled. Not even a minute into the performance, the cutout folded over. “I spent the rest of the performance frantically (and awkwardly) trying to get the top half of Frosty back in place. The audience was rolling with laughter, and I realized I might be on to something,” Doss continued.

Doss has always thought of music and singing as “close comforts.” He cites his mother as the person who introduced him to music. “When my sister and I were growing up, she was always singing, whether it be in church or in the car or at home.”

Doss’s father is a firm supporter of his music even though, “he can’t carry a tune in a bucket.”

His father is a huge inspiration to Doss. “If I could become half the man he is, I’d be doing alright. He’s one of the strongest, smartest, most selfless men I know, and I would be nothing without his love and support.”

He also finds inspiration in those around him. “There’s so many people in this community who constantly inspire me to be a better person through hard work, patience, and support.”

Creativity is something Doss holds dearly. “I’m always writing a song lyric or two when they come to me. After a while, I can kind of piece them together like a puzzle and form a full song. I also write down all my dreams as soon as I wake up and sometimes, they make for a very interesting, if not confusing, read,” he added.

Doss is open to collaborating with anyone who shares the same energy and passion as he does. When asked about a dream collaboration, Doss said, “There are so many creative and talented people out there that I couldn’t possibly… Jack and Kyle Gass, definitely.”

Everyone has that one record to recommend to others. For Doss, it’s Simple Things by Zero 7. “It’s an electronica, down-tempo, very chill-out album that’s perfect for putting on in the background and relaxing. The lyrics and music are amazing and, personally, the album makes me recall a time in my life I’m very fond of,” he said.

As far as pre-show rituals, Doss has a few. “I change my socks before a show (credit to Cameron Owen for telling me this idea). It’s something about a fresh pair of socks that makes you feel… uh, well, I can’t think of the word, but it feels real good.” He also has a ritual with his band. “The LoOG starts a performance putting our hands together and everyone yelling something random on the count of three. And I mean RANDOM. Most of them, I can’t repeat in this article. But it really gets us energized and ready to go.”

If Doss wasn’t playing music, he would find still find a creative outlet. “Acting is another thing I’m passionate about. I just love entertaining people,” he said.

Doss has some sound advice for aspiring musicians. “Stay Humble. Practice patience (and a lot of it).” Not forgetting those who have supported you along the way is another important tidbit of advice from Doss. “But, most importantly, believe in yourself. I know it sounds cheesy and cliché, but it’s the absolute truth. You have to believe in yourself before anyone else can,” he added.

Doss has aspirations for the future. “The dreamer in me would love to say hosting an episode of Saturday Night Live, but, for the time being, I’m going to say doing what I’m passionate about and making people happy while I do it.”