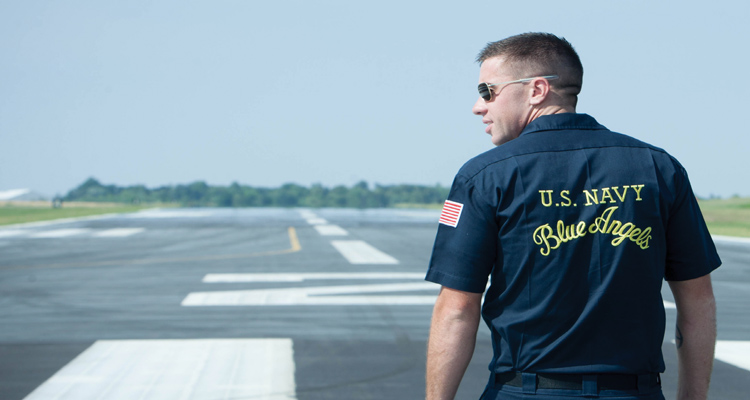 The Sky Isn’t the Limit

by showmag
In 2012, during a Jones Beach air show in Wantagh, New York, a member of the Blue Angels said, “Nothing is difficult to those who have the will to achieve.” Through amazed expressions, the 260 million spectators that have witnessed the flight team’s aerial feats since its creation in 1946 agree with the statement. Danville... Read More

Drive-In to the past

In 2012, during a Jones Beach air show in Wantagh, New York, a member of the Blue Angels said, “Nothing is difficult to those who have the will to achieve.” Through amazed expressions, the 260 million spectators that have witnessed the flight team’s aerial feats since its creation in 1946 agree with the statement.

Danville native Josh Wilbourne sees truth in the quote as well. Following graduation from Tunstall High School in 2008, Wilbourne didn’t feel that college was the immediate next step. “I wanted to go out and live a little on my own. I wanted to see the world,” Wilbourne says. He joined the navy. “For anyone on the fence about joining the military — there is nothing bad that you can take away from the military. It’s all positive,” Wilbourne continues.

Six years after enlisting, Wilbourne finds himself a member of the prestigious flight demonstration squadron. For 68 years, the Blue Angels have given the American public a glimpse of what the military has to offer.  Wilbourne says, “The Blue Angels take pride in the mission of showcasing the Navy and the Marines to the public. I wanted to be a part of that.”

Blue Angels’ shows are a wonderful opportunity for the military to interact with families and children. Sharing the same strong desire to give back to the people, Wilbourne applied to join the team. “I was in my window for orders to move commands when I started the application process,” Wilbourne says. Following the application there is an interview. “The team selects members from the applications and interviews,” Wilbourne continues. Once selected, there is a 90-day training process that teaches command history. “The training teaches you everything you need to know about life on the road with the Blue Angels and how to get the job done efficiently.”

A typical Blue Angels season — March through November — is more than 70 shows at 34 locations throughout the United States each year. Nearly 11 million people come out to view the aerial displays. “A lot of hard work, long hours, and dedication from the team go into making sure that a Blue Angels demonstration is a memorable experience,” Wilbourne says. The Blue Angels also interact with more than 50,000 people through schools and hospitals. “It’s a great feeling being able to share these experiences with the public.”

Wilbourne is scheduled for 10 shows in 2014. As his time with the team grows, he will become a part of more shows. Wilbourne reflects back to Thunder Over Louisville, the annual kickoff for the two-week festival of the Kentucky Derby, as one of his favorites memories to date. “But it doesn’t really matter where we are. Interacting with the crowd is the greatest thing,” he says.

Wilbourne plans to make the military his career. Presently, he is working on an aviation maintenance degree. “After putting in my twenty years, or longer, I want to stick near an airport so that I can still work with aircrafts.”

Above the entertainment factor of a Blue Angels show is the support for the troops overseas. Wilbourne says, “We represent the finest that are defending our freedom. A lot of people call the Blue Angels the best. That’s not true. We just represent the best.”