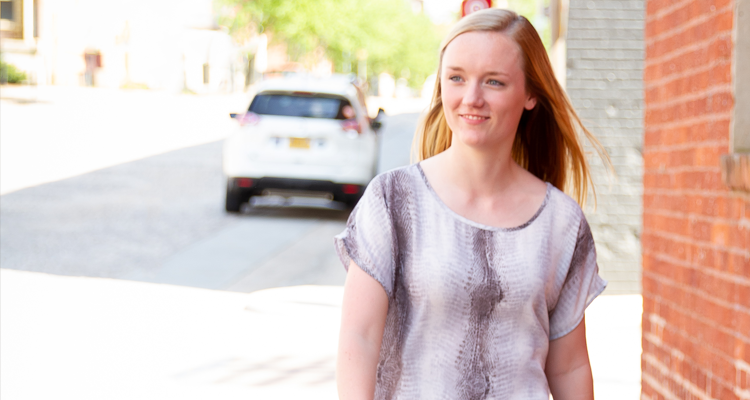 The Rewards of Hard Work

by showmag
Grace Holland, being the fourth Wahoo in her family and George Washington High School’s 2019 Valedictorian, is a success to her family and to the city of Danville. An immensely self-motivated citizen in the community and a model student when held to any standard, Holland serves as a testament for hard-work and respecting the value... Read More

You Need a Life Folder

Grace Holland, being the fourth Wahoo in her family and George Washington High School’s 2019 Valedictorian, is a success to her family and to the city of Danville. An immensely self-motivated citizen in the community and a model student when held to any standard, Holland serves as a testament for hard-work and respecting the value in education.

“Even though you may not recognize how important your education is now, one day you will. Even when school is taxing, know that [the work] will be worth the reward,” says Holland, explaining her motivation to strive in school. She advises all students to embody this mentality while attaining their educations.

Holland never ceases to push herself to earn A’s in the hardest classes accessible to her. She believes this is why she is the valedictorian of her class. To her, education has always been a challenge of self, rather than an obligation. Being the second valedictorian in her family, Holland states, “Although being valedictorian was not my sole drive throughout school, watching my sister, Elizabeth, attain first in her class inspired me to also be the best I could be. Elizabeth made being valedictorian seem more attainable than it had before.” Holland comes from a family of high-success. However, she reveals her family pushes success with more of a “hands-off” approach. She is thankful that reaching her upmost potential has not been pushed upon her, but encouraged of her by her parents, Carol and Mark Holland and sisters, Elizabeth and Kate.

Similarly, although Grace has grown up cheering on the Hoos, she believes her decision in applying to UVA was in no way swayed by her family. “I’ve always wanted to go to UVA. When both of my sisters followed my father’s footsteps in attending UVA, I thought it was admirable, but it did not impact my decision. Regardless, I have always hoped to go to UVA,” says Holland.

Alongside her passion for education, Holland understands the mass importance of community involvement. For four years, she has been an avid member of GW’s Student Council Administration, Key Club, Spanish Club, and the National Honor Society, as she holds leadership in most of these clubs. Holland has consecutively played soccer from a young age. She has been captain of both GW’s school soccer team and the traveling soccer team, Blast. Holland plans to carry out both her love for community service and soccer, as a volunteer for a youth mentor program, and as part of an intermural soccer league during her time at UVA.

Uncertain of a specific career path, Holland plans to explore UVA’s rigorous curriculum in order to find her purpose. Accepted into UVA’s Echols Scholars Program, Holland will be exempted from all general-education classes as a reward for her exemplary work as a student. This will allow Holland to more thoroughly engulf herself in the knowledge that UVA has to offer. She was also named a Jefferson Scholarship finalist; this scholarship is one that holds great honor within UVA’s academic community.

While reading, the question most prominent in most minds will be, “How is it that Grace has been so successful up to this point in her life?” Holland’s secret to success is to maintain a sense of time-management, well-roundedness, and activism. She strategically keeps herself busy so she may have no option, but to complete her work within a timely manner. “I prioritize my studies during the week, so I can prioritize resting and socializing on the weekends,” states Holland. With this secret, all students entering high school, or currently enrolled, can now strive to possess this mentality that Holland so consistently personifies. She encourages all students wishing to graduate as distinguished as she will in May to get involved in as many clubs and organizations offered, study and take the SAT as soon as possible, take challenging classes, and all the while, make time for friends. “Make high school fun,” says Holland.

Let Holland’s eager attitude and appreciation towards education and community involvement be an inspiration for all students to strive to reach their personal-best before, during, and succeeding high school. Holland concludes, “Always strive to be the absolute best at everything you do because no matter your career, or your future, hard-work is unfailingly notable and rewarding.”

If a task is begun, never leave it till’ it is done
Previous Post
May 2019: The Seniors Issue