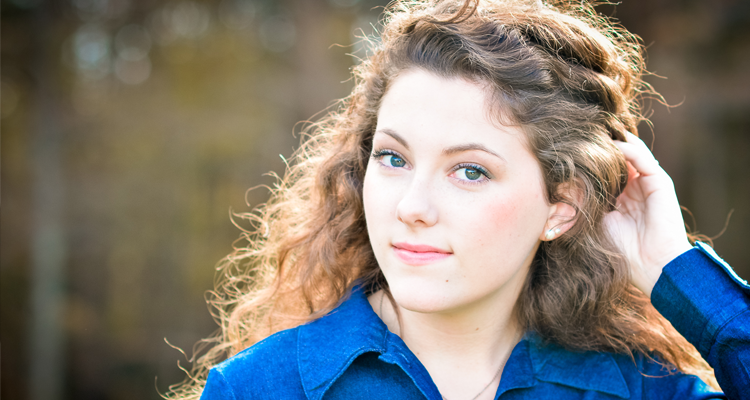 If a task is begun, never leave it till’ it is done

by showmag
Determination has led Elizabeth Durham to be the dedicated student, dancer, violinist, and philanthropist she is today. “Once I start something, I am committed. This is the way that my mother has raised me,” states Durham. Durham will graduate from Chatham High School this May having been a member of the Beta Club, the Fellowship... Read More

This Summer Resolve to Eat Healthier

Determination has led Elizabeth Durham to be the dedicated student, dancer, violinist, and philanthropist she is today. “Once I start something, I am committed. This is the way that my mother has raised me,” states Durham.

Durham will graduate from Chatham High School this May having been a member of the Beta Club, the Fellowship of Christian Athletes, the Student Council Association, and the Interact Club for a consecutive four years. In each of these clubs, she gained both leadership and presidential roles. Additionally, Durham has been a devoted student to the Meredith Gravely School of Dance for thirteen years, a committed violinist for fourteen years, and the captain of both Chatham’s Varsity Basketball and Football Cheerleading teams.

Durham has not only been a vital source of success to her high school, but she has also played a large role in the Danville community’s continuous pulse. As busy as she keeps herself, Durham always makes time for community service. Volunteer work is something that she holds close to her heart. A passionate member of the Youth Advisory Council, Durham is a part of the effort urging Danville’s youth to remain, or become, substance-abuse free. The association most recently partnered with the SAFE Deposit Campaign. This is a campaign designed to inform the public of the importance to safely dispose and store their prescribed drugs from surrounding youth. Durham created the campaign’s slogan, “It’s our HOME, Let’s keep substance abuse out.” She was inspired by Downtown Danville’s crimson “HOME” sign. Durham’s slogan for Danville’s youth was placed on three billboards across the city. As a part of the Youth Advisory Council, she has also played a role in the campaign against drinking and driving. The effort was promoted heavily on Chatham High School’s prom night. Durham is an exemplary model of what it is to be a community involved youth. She advises any youth who desires to get involved with the community, as wholeheartedly as she has, to simply begin with one service project. “Soon enough, the feeling of helping others will become undeniably addictive and the urge to volunteer will become irresistible,” says Durham. When asked to describe why volunteering is so important, Durham answers, “How does it feel when someone helps you without you asking them to? Good? This is why volunteerism is important.” Durham believes the fate of our community lies in the hands of today’s youth. She feels that it is important for today’s youth to set an example to younger and older generations as to what an involved citizen resembles.

Durham was accepted early admission into Virginia Tech on her mother’s birthday, who is a Virginia Tech alumnus. “It was the best birthday gift I could have ever given my mom,” exclaims Durham. With plans of majoring in biology, she hopes to one day become a forensic pathologist. Durham’s chosen career path will require her to attend medical school in addition to her undergraduate studies at Virginia Tech. She desires to attend medical school at either Duke University or University of Virginia. Once again, Durham’s dedication to her personal success is portrayed, as her ambitions will require thirteen to fifteen additional years of schooling. Regardless, she is willing and ready to face her studies for the sake of her future. For the sanity of her roommates’, Durham does not know that she will practice her violin quite as heavily once at Virginia Tech. However, she does promise to carry out her passion for community service no matter the surrounding community. Durham intends to continue what she has so feverishly started: bettering the world around her.

Durham recalls wisdom she once received from her grandfather that she has always, and will always, implement within her own life. “If a task is begun, never leave it till’ it’s done. Be the labor great or small, do it well or not at all.”