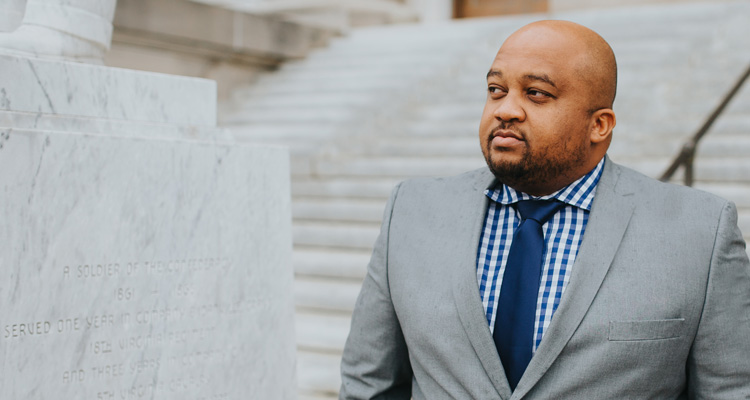 by showmag
Telly D. Tucker is a 2004 graduate of James Madison University with a Bachelor of Business Administration Degree in International Businesses with a minor in Spanish.  Since 2014, Telly has served as Director of Economic Development for the City of Danville. Prior to his arrival in Danville, he served James City County as the Assistant... Read More

Telly serves on the Danville Community College Board of Trustees, the Board of Directors for the Virginia Economic Developer’s Association (VEDA), Community Foundation of the Dan River Region, and the Dan River Business Development Center.

Why is community involvement so important to you?

Community involvement is important because it promotes personal growth and self-esteem.  It also brings people together, often from diverse backgrounds, to work toward a common goal for the good of the community where we all have chosen to live, work, play, and worship.

What inspires you to volunteer?

I chose a public service career because it is intrinsically rewarding for me to help others.  Ever since I was a child, I’ve always tried to help people and doing so gives me a feeling of self-worth. I firmly believe God has blessed me with certain gifts to be able to share with others.

How do you balance life, work, and community involvement?

Work-life-balance has become increasingly difficult in recent years because I want to do the best job possible for the City of Danville.  I try to leave work at work and when I come home; I try to spend time with family and friends.  I attend church regularly which gives me opportunities to volunteer my time and resources to helping others.

Who are your real-life heroes and why?

My real-life heroes are my parents.  They were raised with very humble beginnings and have worked so hard to become college graduates, have successful careers, and see four children through college into successful careers.   They’ve always treated others with respect and helped those less fortunate with volunteering their time and resources.

What is it about Danville that makes it special to you?

Danville feels special to me because in many ways it’s a close-knit community which feels like an extended family.  The support that so many people in the community have shown me since my arrival has been overwhelming in many ways particularly when I think about the fact that I had no ties to the area and really knew no one when I arrived in Danville.

What are you most looking forward to in 2017?

I’m looking forward to continued economic growth for the citizens by way of recruiting new employment opportunities and helping the City grow.  I’m particularly interested in partnering more closely with Danville Public Schools to help improve the relationship between the education system and local industry.

Do you have a favorite quote, and if so what is it?

“The definition of insanity is doing the same thing over and over again, but expecting different results.” – attributed to Albert Einstein

What are your visions for the future of Danville?

My vision for the future of Danville is that the community would become more unified and inviting for diverse populations.  I see an opportunity for Danville to leverage relationships with its international industries to make the City a melting pot of culture and experiences welcoming others from all walks of life.  I also want to see this community be more purposeful about promoting the importance of education while creating a culture of lifelong learning and learning new skills that make its citizens more employable and marketable.  I believe this would raise the overall economic well-being for its citizens and make it more attractive for foreign direct investment.