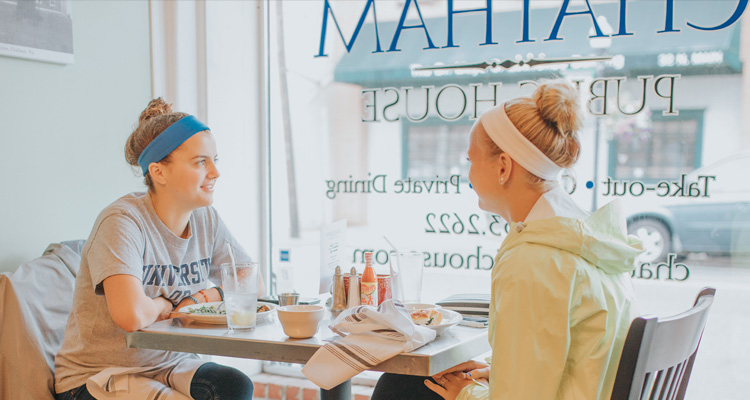 The Art Of Business Creativity

by showmag
When you think of creativity, what comes to mind? Do you think of an artist? Maybe a musician? Perhaps you think of a philosopher or great thinker. Of course, creativity is all of these, but creative people also think of practical ways of doing things. They solve problems by employing creative thought. That kind of... Read More

When you think of creativity, what comes to mind? Do you think of an artist? Maybe a musician? Perhaps you think of a philosopher or great thinker. Of course, creativity is all of these, but creative people also think of practical ways of doing things. They solve problems by employing creative thought. That kind of creativity is exceedingly helpful in business and for those who master it, a great transferable skill. In this feature, you’ll learn about several people and places who utilize creativity in the business world. 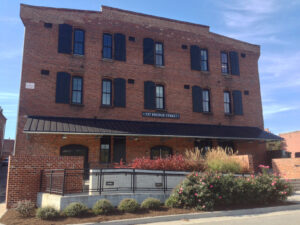 Creativity in business is essential in many different aspects from establishing a competitive advantage in product/service offerings to designing the brand. The Launch Place strives to foster an environment for new and serial entrepreneurs from helping entrepreneurs in the earliest stage of a great idea to business growth and expansion. As the region grows and expands, attracting companies that have an innovative and cutting-edge technology, new product or new technology application that advances high growth industries, such as advanced manufacturing, alternative/advanced energy, advanced materials, healthcare, medical devices, information technology, and software, is a focus for The Launch Place.

Smart phones did not exist twenty-five years ago and have disrupted the way people communicate today. Netflix and Amazon are pioneering the way for how people consume media and access everyday items. Creativity is the catalyst that enables disruption to occur in well-established industries.

“The Launch Place hosts two business pitch competitions that enable entrepreneurs to pitch their ideas to a panel of judges and a live audience,” said Eva Doss, President & CEO of The Launch Place. “IdeaFest and the Big Launch Challenge competitions enable the entrepreneur to receive valuable feedback as well as a chance to walk away with capital from the prize money awarded to the top business pitches,” says Doss. Applications for the Big Launch Challenge are currently being accepted. The deadline to apply is July 24th and a link to the application can be found at http://www.thelaunchplace.org/2017-challenge.

The region has a strong ecosystem where entrepreneurs can come together to network and share lessons learned. The Launch Place Pre-Seed and Seed Fund looks for investment opportunities in which the capital invested can serve as a critical catalyst to specific milestone achievements, whether it is follow-on capital, first customer(s), or another significant breakthrough in the company’s growth.

Can the next industry disruptor be generated in the Dan River Region? Absolutely.

Le Petite Rebelle is French for “the little rebel.” That sums up Steve DelGiorno perfectly. The Danville native, who lived all over the world before returning home a few years ago, thinks outside the box. Over the past few years, DelGiorno has left his mark on the Dan River region, and he’s just getting started. DelGiorno has already opened The 616 Farm to Table in Danville, Virginia, along with the Chatham Public House (a restaurant) and La Petite Rebelle (an artisan bakery) in Chatham, Virginia. Also in the works is a renovation project of the old Chatham Theatre where DelGiorno will locate his globally recognized Doomsday Tackle Company. He’s partnering with fellow businessman Rick Barker on another renovation project in Danville, where they will transform an old gas service station into Crema & Vine, a coffee house, cafe and wine bar. Then there are the projects that DelGiorno can’t publicly reveal yet, but judging from his previous ventures, we can be certain that great things are on the way.

The 616 Farm to Table Restaurant

One of Steve DelGiorno’s early projects in the Dan River region was The 616. The story doesn’t end there, though. The Farm to Table restaurant, the first of its kind in this region, was the brainchild of Darcy Cropp and Chef Chris King. “Chef and I are home farmers,” says Cropp. “We have been eating “farm to table” for the last decade at our own home. We’ve had this concept in our back pocket for a long time so that we can support local farms and farmers.” It was something this region was missing. “Sharing this concept in this area is filling a need that most people have asked for because they care about where their food is coming from,” Cropp states.

The 616 uses creativity in their business primarily out of necessity. There are only a few farmers that are fortunate enough to farm year-round in this region. The menus at 616 are based on what is available each week. If their farmers aren’t growing it, you won’t find it on their menu. “What makes Chef so creative and special is his ability to adapt to what the farmers can provide and create something special for every day given the limited supply,” remarks Cropp.

Sometimes a good beer is hard to find. Finding a cask ale beer in this region was nearly impossible—until now. Cask ales are beers that are conditioned naturally using the carbon dioxide given off during secondary fermentation. It is a traditional way of conditioning the beer and was the original way of pulling beer from a wooden cask. Ballad Brewing, which officially opened its doors in the Danville River District on June 2, 2017, now has two cask taps that are poured using their beer engine, also known as a hand pump, which manually pulls beer from the cask using a pump. According to Ballad’s Tim Meyers, the casks lead to a lot of experimentation and fun. “The casks we use for these beers hold 10.8 gallons, which gives us an opportunity to experiment and have some fun as well without having to commit to large batches of the experimental recipe,” says Meyers. “When we are experimenting, we can take 10.8 gallons of a regularly produced recipe and add special flavoring ingredients to the mix like fruits, spices, or additional dry hops.”

The brewery, with its spacious interior and alley-turned-patio, has already become a regional destination, featuring twelve different beers on tap.

A winery and brewery under the same roof? Now that’s creative. In fact, 2 Witches Winery & Brewery Co. was the first of its kind in the Commonwealth of Virginia. Since opening in 2014, 2 Witches has grown from a small operation open on weekends to a local hotspot, packed with cars and people several nights a week. With a massive outdoor area that lends itself to Frisbee, cornhole, yoga, and just about any outdoor activity you can think of, to its indoor stage featuring live music weekly, 2 Witches has been the place to go for the last few years.

Craft beer epitomizes creativity in business. In craft beer, breweries are constantly balancing science and creativity to make new styles and perfect the styles they already produce. 2 Witches keeps a wide array of brews on constant rotation, so there’s always something new to try.

Nestled in historical Halifax County, surrounded by scenic country views and bubbling springs sits Springfield, a house dating back to 1842. A time when everything was made with your bare hands, life was simple, not easy, and that was the reward—to sit on the porch you made with a glass of whiskey you distilled yourself. This is the heart of Springfield Distillery, owned and operated by James and Kelly Gordon. The couple was featured on the DIY Network show Barnwood Builders as it chronicled the assembly of their wood cabin tasting room. But Springfield Distillery doesn’t just have a great building and property to visit, they also make good whiskey. Under their “Scratch” brand, the distillery sells corn whiskey and honey-flavored corn whiskey. Also in the works, is Beaver King Rum.

They’re constantly adding new amenities to keep people coming back, like live music and food trucks. Off the beaten path, this little slice of heaven is worth the drive. 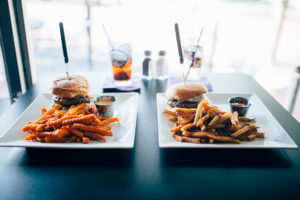 Me’s Burgers & Brews came to be when Jake and Connie Eckman, who owned Jake’s on Main, decided to retire. Emily and Rod Tomlinson, along with Emily’s parents Jim and Kathy Cropp, began to explore the option of buying the business from them. Admittedly, none of them had run or owned a restaurant before, although three of them had worked in one at some point in them lives. The result was a restaurant unlike any other in the Danville region, mixing classic literary works with creative and delicious burgers.

As for the food, Me’s wanted to provide good food using quality ingredients. They chose to serve gourmet burgers because they felt it would give Danville something new and different that wasn’t already available. In addition, they wanted to provide a variety of craft beer that rotates almost weekly. According to Tomlinson, they serve bison from Melrose Bison Farm, lamb from Gregory’s Farm and buns from Windmill Farm Bakery.

“We knew from the get go we wanted to rotate the menu quarterly to keep it fresh and exciting,” Tomlinson stated. “Even though the basics are always there, meat wise, we switch up the toppings and condiments so that there are always new and different tastes to explore.”

Another way they mix things up is with their annual burger contest. The contest allows guests to create a burger named after their favorite author with their choice of toppings and condiments. “We’ve had a lot of interesting submissions and the creations winning creations they’ve come up with have been phenomenal,” exclaimed Tomlinson.

Me’s has already become a regional destination and with a rotating menu of delicious burgers and craft beer, they’re sure to be a staple of Danville’s River District for years to come.

July 2017: Meet the Creatives
Previous Post
A Vision For Chatham