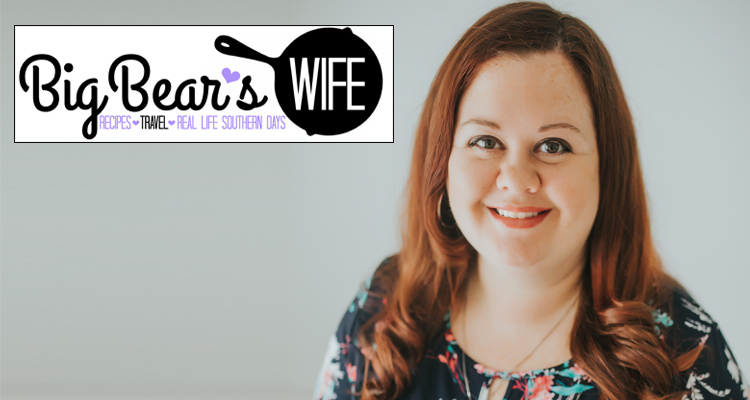 by showmag
It started as a modest little blog in 2009, and now Angie Barrett’s BigBearsWife.com boasts nearly 35,000 likes on Facebook. Barrett describes her site as being “full of southern recipes from my grandmother’s recipe box, recipes that I’ve developed for myself, and recipes I’ve developed for brands like Dixie Crystals, Lipton Tea, Sabra, Hunts, and... Read More

Cruising the Fall Foliage in MHC

Checking and Savings 101 for Kids

It started as a modest little blog in 2009, and now Angie Barrett’s BigBearsWife.com boasts nearly 35,000 likes on Facebook. Barrett describes her site as being “full of southern recipes from my grandmother’s recipe box, recipes that I’ve developed for myself, and recipes I’ve developed for brands like Dixie Crystals, Lipton Tea, Sabra, Hunts, and Coco-Cola.”

Barrett juggles many duties at BigBearsWife.com. Along with developing recipes, she’s a food blogger and photographer for the site. Her obsession for cooking began after marrying her sweetheart in 2007. “I taught myself to cook because I didn’t want to live off boxed food, take-out, and frozen pizza,” Barrett says. “I also wanted my husband to eat something other than ‘steak and potatoes’ because that’s all he ever wanted to eat. I’m proud to say that he now eats broccoli and steamed spinach. I never thought that would happen.”

Today, Barrett runs her site from her home in downtown historic Danville, but things were different when she created BigBearsWife.com. “I started my blog as a way to save the recipes that I loved,” she says. In January 2009, Barrett and her husband, Thomas, moved back to Virginia after Thomas’s military career ended. “I had recipes written down in a notebook and had dozens that were printed out and stuffed in a folder. Needless to say, they were a mess, and every time I packed up boxes to move houses, I seemed to lose half of them. While watching The Food Network I learned of a blog called ‘Peanut Butter and Julie’,” Barrett says. She looked up the site and fell in love with the blog that gave her the idea of keeping all her recipes in one place. “Originally, I thought I’d use it just as an online ‘searchable’ place to keep them, but it has turned into so much more.”

BigBearsWife.com has amassed an impressive social following. Over the major social media outlets, the site has around 75,000 fans. Barrett attributes the following to networking. “I just kind of threw myself out there and started to share things I thought people would like. I interact a lot with fans of the blog and treat them like friends who have come to visit. I also promote a lot of other bloggers on my social media accounts as well,” Barrett says.

Looking to the future, Barrett wants to keep doing what she’s doing. The blog affords her the opportunity to travel, which is something she loves. There is a travel section on the site that gives valuable advice including “Fives Items That You’re Going To Forget When You Pack For The Beach.” The blog gives Barrett the freedom to work from home which will become more valuable in October when she and her husband welcome their first child. “It’s a true blessing that I will be able to stay home with our newborn and still contribute financially to the family.” Barrett has her sights on writing cookbooks sometime down the road.

Make a stop at BigBearsWife.com and check out all the tasty recipes and helpful advice Barrett has to offer. Reach out to her on social media as well. She would love to hear from you.

Accreditation Results – What is Being Measured?
Previous Post
The Best Tech Secret in Martinsville