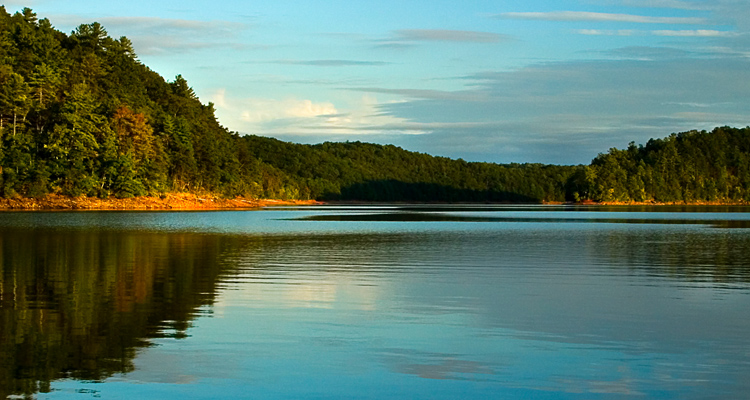 by showmag
2018 marks the 65th anniversary of Philpott Lake, located in Virginia’s Henry, Patrick and Franklin counties. Philpott Dam was built by the U.S. Army Corps of Engineers from 1948 to 1953 to control flooding in the area and created beautiful Philpott Lake which is now a recreational hotspot for Southern Virginia and surrounding areas. In... Read More

2018 marks the 65th anniversary of Philpott Lake, located in Virginia’s Henry, Patrick and Franklin counties. Philpott Dam was built by the U.S. Army Corps of Engineers from 1948 to 1953 to control flooding in the area and created beautiful Philpott Lake which is now a recreational hotspot for Southern Virginia and surrounding areas.

In 1944, the U.S. Army Corps of Engineers was tasked with planning and building a dam that would ease the flooding of the nearby low-lying communities of Bassett and Fieldale. When the communities experience long bouts of rain, flash flooding easily turned day-to-day life into a struggle. It wasn’t unusual for property, including livestock, to be washed away as a result of the floods and homes to be filled to knee height with water. The construction of Philpott Dam started in 1948 and became fully operational in 1953.

Today, 65 years later, people seldom think about the reason Philpott Lake was created, but focus more on the abundance of recreational activity that is available.

Nestled among the rolling foothills of Virginia’s Blue Ridge, Philpott Lake is a scenic wonderland. The lake covers 3,000 acres with 100 miles of shoreline. The lake has eight campgrounds, six beach areas, and nine boat launches. Every year hundreds of thousands of visitors enjoy boating, fishing, camping and hiking at Philpott.

The lake offers pleasure boaters and paddlers a variety of places to explore including hidden waterfalls, scenic rock outcrops and three islands. Deer Island, the largest of the three, offers nightly camp site rentals that are only accessible via boat. Talk about an escape!

Locals and visitors alike enjoy fishing the reservoir for walleye, smallmouth bass, carp and largemouth bass. Philpott Lake has played host to several regional and national fishing championships like the FLW College Fishing Tournament in 2012 and the Fishers of Men Tournament in 2016. Throughout boating season, you can usually find a small group fishing tournament to join and take home the prize…bragging rights!

Philpott Lake is also home to one of the most gorgeous spots in Southern Virginia; the overlook at the Philpott Lake Visitor Center and recreation area. The overlook offers a stunning view of the lake and shoreline year-round and is especially beautiful in the fall. Travelers who visit the overlook to view the fall foliage, often comment that the view at Philpott Lake is more beautiful than any spot along the Blue Ridge Parkway. In the same recreational area, you will also find trails like the popular Fitness Interpretive Trail. The Philpott FIT trail is a 1.5-mile self-guided trail that is open year round and includes twenty exercise stations with workout options for advanced and beginner levels.

In 2014, Philpott Lake announced the opening of the highly anticipated, Philpott Marina. The marina changed things by giving boaters the convenience of not having to leave the lake to refuel or grab food and extra supplies. The forty-two slips have been rented since before the marina officially opened, but a waiting list is available for interested boat owners. Amenities offered at the marina include a fueling station with non-ethanol fuel, public restrooms and a marina store with fishing supplies, food, ice cream, bagged ice, drinks and snacks.

Philpott Lake is a thing of beauty and pride for the surrounding counties of Henry, Patrick and Franklin. Southern Virginia invites you to rediscover its charm this year and be a part of the 65th anniversary fun. Celebrations and special events are being planned and will be announced soon! For those interested in learning more about the history of the lake, you may consider a trip to Philpott Lake’s Visitor Center and the Bassett Historical Center for insight on how Philpott Lake came to be and the story of the town of Fayerdale. Or stop by the Martinsville-Henry County Visitor Center for more information and to purchase a copy of “Philpott Stories” written by local author Nancy Bell.

Be sure to follow VisitMartinsville  for updates as they are announced.