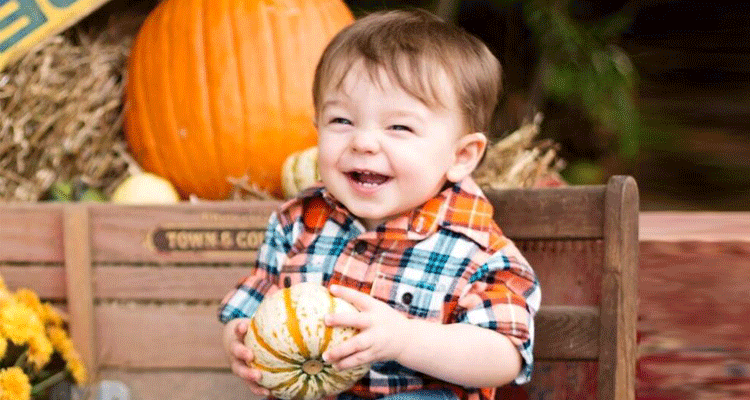 Finding Zachary : A story of hope and triumph over the obstacles of autism

by showmag
According to estimates from CDC’s Autism and Developmental Disabilities Monitoring (ADDM) Network, about 1 in 59 children has been identified with autism spectrum disorder (ASD). ASD is reported to occur in all racial, ethnic, and socioeconomic groups and is four times more likely to occur in boys than in girls. As a parent of a... Read More

According to estimates from CDC’s Autism and Developmental Disabilities Monitoring (ADDM) Network, about 1 in 59 children has been identified with autism spectrum disorder (ASD). ASD is reported to occur in all racial, ethnic, and socioeconomic groups and is four times more likely to occur in boys than in girls. As a parent of a child with autism, from diagnosis to advocacy, the journey can be a myriad of emotions, information, frustrations, joys, and successes. One local family would like to share their journey in the hopes of helping other families find resources, encouragement, and hope. This is the story of finding Zachary.

Zachary was born in Danville, Virginia weighing 5 pounds 12 ounces to a happy mom and dad. He was three weeks early, but everything with his infancy went well. His mom reported that he was a good baby, did not cry a lot, and loved snuggling. He met all his developmental milestones, sitting up, rolling over, and crawling with help from his parents.

At about one year of age, Zachary started not wanting to eat anything. He would run away from food and was unable to answer when asked what he wanted to eat. His mom remembers a beach vacation where he did not want to touch the sand and had trouble tolerating smells. He would not touch gooey things and he could not handle the noise in public bathrooms. Although little Zachary loved books, he would not let his parents read a book to him. He would not talk or look anyone in the eye. His tantrums began to mount, and he had a hard time connecting with other people, even if they were in the same room with him.

Zachary’s parents began their journey of trying to find some help for their child. His mother remembers how hard it was at first. She asked herself, where should she begin? Who could help her help her little boy? She started researching information, reading books, searching the internet, and talking to his pediatrician. She found out about speech/language therapy, occupational therapy, ABA (Applied Behavioral Analysis), community services, and alternative therapies like horse riding. She was always on the search for new and inventive ways to help her child achieve the most of his potential.

Sometimes the best thing you can do as a parent is trial and error to find out what works best for your child. There are numerous theories of instruction, atmospheres of agencies, and resources of information. Zachary’s current dream team include, but are not limited to, PRFC, Rolling Ridge Riding, a local autism services agency, and, of course, his parents.

PRFC is an occupational therapy and speech/language therapy clinic focused on loving their patients. Zachary began feeding, speech, and occupational therapy with PRFC and has made great strides in his progress and has overcome many obstacles. He is now talking, tolerating noise, touching gooey things, and trying new foods with or without prompting. His mother recalls a recent trip to the beach where he was touching the sand, running along the water, and playing on the beach. “What a wonderful site to see,” she said.

Rolling Ridge Riding is a non-profit organization dedicated to providing free therapy-based horseback riding and educational tutoring/instruction to physically, mentally, and emotionally challenged children. The ultimate goal is to make the world a brighter place by improving functional skills for every child. Zachary rode Tinkerbell in the therapy rides, and focused on eye contact, eye hand coordination, following directions, and transitioning to non-preferred activities without having melt downs. While he still has a side-walker and a horse leader, these days, Zachary mounts his horse independently, holds his reins in his hands, and uses his words to direct Tinkerbell as they team together to ride toward conquering new goals.

When asked what advice she would like to give other parents starting or currently going through the process, Zachary’s mother says the important things are finding your child’s niche, finding out what works for your child, learning the verbiage of your child’s diagnosis, and realizing when something’s not working and having the courage to do something about it.

Just the other day, Zachary’s mom asked what he wanted for dinner and he replied, “Tea & fries.” So simple, and yet so monumental.