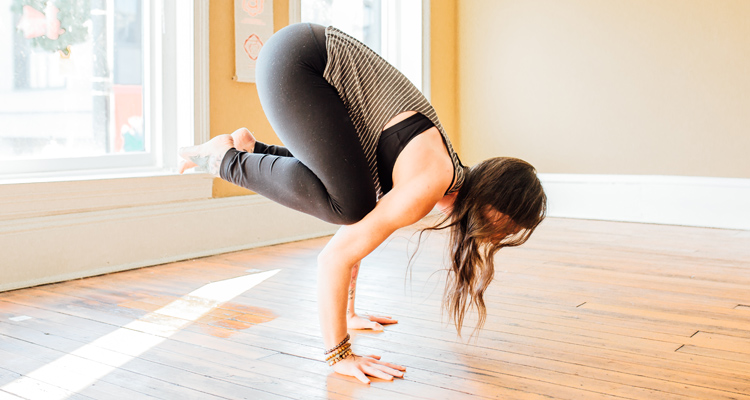 Heal Yourself, Heal the World

by showmag
Founded in Tokyo, Japan, Reiki is a healing technique created due to the revolutionizing discovery of the body’s energy system. The process was discovered by Dr. Mikoa Usui in the mid-19th century. Dr. Usui found that Reiki was capable of conditionally eliminating the use of medication as it was an alternative form of therapy for... Read More
Get Healthy Now! Life is Too Short! No Time for Excuses!
African-American Movie Theater Owner in South Hill, Virginia Refuses Service to Teenagers Sporting Confederate Flag

Founded in Tokyo, Japan, Reiki is a healing technique created due to the revolutionizing discovery of the body’s energy system. The process was discovered by Dr. Mikoa Usui in the mid-19th century. Dr. Usui found that Reiki was capable of conditionally eliminating the use of medication as it was an alternative form of therapy for those struggling with any physical, emotional, or mental diseases. Reiki may be used to either heal tainted energy, or to work towards a more balanced energy. Naturally, if one’s life force energy is low, he or she may feel sick or stressed; however, if one’s life force energy is in a state of balance, then he or she will feel healthy. The very meaning of the word Reiki is translated as “universal life” or “energy.” The process was created based upon the ideology that energy from a higher being descends into the body of a Reiki healer, thus moving through his or her hands, and into the body of whoever is being healed. Today, Reiki is essentially a process of shifting energy that already exist within a room, or within a human being with the intention of balancing that energy. In its essence, the technique is a spiritual form of self-care.

Reiki slowly found itself present in the western world, and as a result there are an abundance of Reiki practitioners in the United States. Likewise, there has been a spark in the practice of Reiki in the city of Danville. Sarah Neighbors, Danville’s very own Reiki master, has been devoted to the process for over a year now. Neighbors completed fifty hours of formal training upon becoming a master of the practice. She now practices the healing technique at the Revitalization Station located on Craghead Street as well as the Firefly Yoga Studio located on Main Street. Neighbors describes Reiki as a healing technique that uses universal, or life force energy, to reduce stress, promote relaxation, and stimulate the natural healing process. The healing properties of Reiki include, but are not limited to, mental clarity, a healthier parasympathetic nervous system, and a decrease in inflammation, chronic fatigue, emotional trauma, insomnia, and anxiety or depression.

Neighbors compares herself, as a healer, to a conduit for the energy that already exists in a room. Many have fallen under the misleading impression that Reiki requires a practitioner to give their own internal energy to whomever is being healed. “To give all of one’s energy to another human would be utterly depleting,” says Neighbors. Rather, a Reiki practitioner’s job is to move the preexisting energy in the room to benefit the patient. To believe in the practice of Reiki is to believe that energy can be shifted, and energy can be felt. Oftentimes, there is skepticism regarding the practice of Reiki as it claims that an energy force, which is seemingly intangible, has the ability to heal. Neighbors understands many people’s doubt towards Reiki, as it is a process incapable of being seen. She defends energy’s ability to be felt by relating it to the feeling one may possess when walking into a room full of sad people. She states that before one may know that everyone is sad, he or she may feel a sense of ere just upon walking into the room. Another instance that Neighbors suggests one may experience an energy first hand, is in the check-out line at the grocery store. Before one turns around to confirm that there is someone putting their groceries on the conveyer belt behind them, he or she may feel a presence without knowing anyone is there. Neighbors indicates that if one has ever experienced either of these scenarios, he or she has felt a life force energy.

Neighbors believes that the positive effects that her clients experience after the practice is the only source of proof for Reiki, other than the experience. For example, Reiki is proven effective when someone leaves their appointment alleviated from the pain of a two-week-old migraine, or when someone has an emotional realization after the process. During Neighbors’s training she was required to have a Reiki experience of her own. She recalls, “My experiences in receiving Reiki have all been the same, yet different. One’s experience depends on where he or she is energetically. At times, it feels just like a wave of calm or grounding. Sometimes it is really energizing. Reiki can feel like strong heat, coolness, buzzing, and tingling. During sessions, one may feel little sensations in random spots, or even involuntary muscle spasms.” Reiki is not something to be proved, like a theory or a scientific law, but rather it is something to believe in, like a chosen religion.

One does not have to disregard their skepticism in order to experience Reiki. Neighbors suggests that if one is curious, yet skeptical of Reiki the only solution is to, “Try \[Reiki]!” The process is completely noninvasive and incapable of harm. Post-Reiki, one’s skepticism will fleet as they leave the practice with a feeling of rejuvenation. Neighbors tells that she has had many clients receive Reiki who were unsure of the process; however, they left their appointment saying, “I do not know what just happened, but I feel good.” Neighbors says, “Reiki is profound, it is something that cannot really be proven, but only felt in a personal way. Again, the only proof resides in trying [it].”

Neighbors reveals that to be a Reiki master is a prodigious responsibility. In order to be a master, or a teacher, of any practice requires one to continue regarding themselves as a student. This means that in order to help anyone else in this world, one must be willing to help themselves, as well. Neighbors believes that in order to use her mastery to heal the world, she must continue to help herself, better herself, and accept herself. Neighbors, along with many other Reiki practitioners, heal with the mentality, “Heal yourself, heal the world,” because, ultimately, Reiki is a practice that strives for universal balance.

A Little Back Talk
Previous Post
Yoga is a Practice, Not Perfection