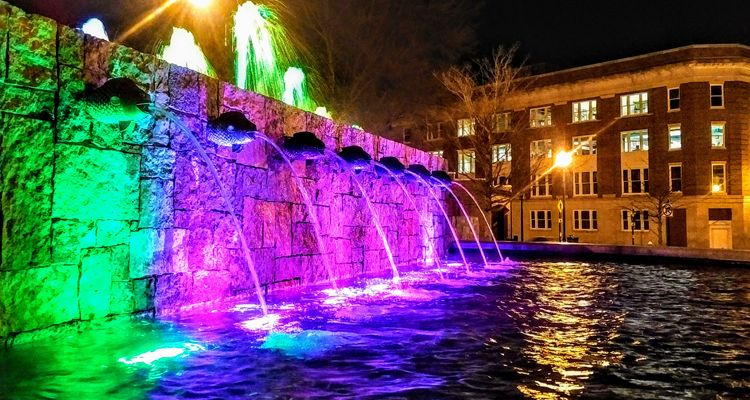 by showmag
“I’m coming home, coming home. Tell the world, I’m coming home.” Do you remember that song from Diddy? It came out in 2010, the same year I came home to Danville after a few years of living in Richmond while attending VCU. I think about it often. When I moved back to Danville, our city... Read More

The Family Birthing Center at DRMC

“I’m coming home, coming home. Tell the world, I’m coming home.” Do you remember that song from Diddy? It came out in 2010, the same year I came home to Danville after a few years of living in Richmond while attending VCU. I think about it often.

When I moved back to Danville, our city was in the midst of the Great Recession, which itself had followed on the heels of several of our city’s major industries closing, like Dan River Mills. Our unemployment rate was hovering close to 20% and our city’s core was littered with vacant and decaying buildings. Needless to say, it wasn’t a peak time for Danville.

Despite all of this despair, there was something brewing under the surface. There were groups of people who believed with all their hearts that the predicament we found ourselves in at that time was merely a roadblock, and not our destination. There was a group called Moving Danville Forward that I was a part of that started having productive conversations online about ways we could improve our city. There was a Visions series in this very publication that spent several months imagining a better future for Danville, and ways we could get there. There were city leaders who were looking at other places that had been where we were, like Greenville NC, and came out on the other side. I was excited to be in the midst of all of it.

Winston Churchill once said, “A pessimist sees the difficulty in every opportunity; an optimist sees the opportunity in every difficulty.” In 2010, it would have been very easy to see the difficulties in Danville. For twenty years, our population had declined. Our major industries had left. Everything we once knew about our city seemed to be eroding around us. And yet, we didn’t quit.

We re-imagined and rebuilt our downtown into the River District, taking it from a decaying eyesore to a crown jewel of our city. We have a bike share program that has already been used by over 5,000 people in less than a few years. Our riverfront YMCA was ranked as one of the top ten recreation facilities in the world by Athletic Business Magazine. We’ve had well over $150 million in private sector investment in our River District, where historic tobacco warehouses have been transformed into vibrant loft-style apartments, shopping spaces, breweries and world-class restaurants. Our breweries were featured in the national publication BeerAdvocate magazine. Our partnerships with DCC, Danville Public Schools, and IALR have created a precision machining program that is not only nationally recognized but helping us attract new industries from around the globe. All of this happened during this decade.

We’ve come a long way from 2010 to now. But as that, much older, song from The Carpenters goes, “We’ve only just begun.”