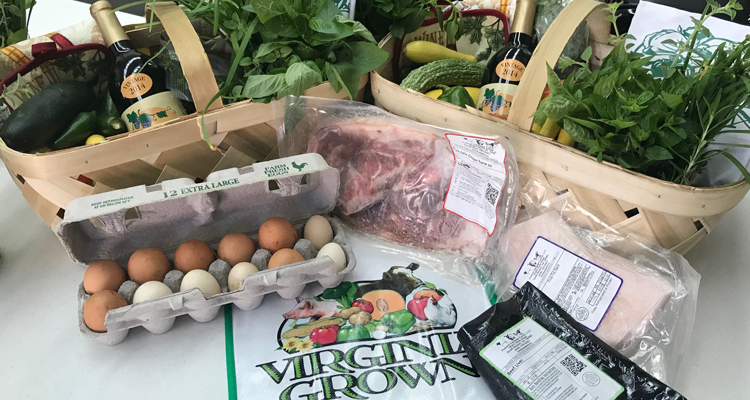 by showmag
It was the famed English writer Virginia Woolf who said it best, “One cannot think well, love well, sleep well if one has not dined well.” We couldn’t agree more, Ms. Woolf. If you are looking to dine well, make a reservation during Halifax County’s annual Restaurant Week, and we assure you that everything else... Read More

It was the famed English writer Virginia Woolf who said it best, “One cannot think well, love well, sleep well if one has not dined well.” We couldn’t agree more, Ms. Woolf. If you are looking to dine well, make a reservation during Halifax County’s annual Restaurant Week, and we assure you that everything else will fall into place. Restaurant Week begins Sunday, September 8, and runs through Saturday, September 14.

In its fourth year, Halifax County Restaurant Week continues to be the most delicious week of the year in Southern Virginia with local eateries putting together delightful, delicious, and easy-on-the-purse menus. From the award-winning Bistro 1888 and Molasses Grill to an eclectic café serving up homemade foodstuffs (with a side of art and wares) to the down-home Southern diner to the pub at Berry Hill Resort, Restaurant Week has something for every taste.

Wake up to bacon and enjoy a complete breakfast for $10 at either The Packhouse in Downtown Halifax or at Southern Plenty in Downtown South Boston. If you’re not a morning person but still love a great deal, you can find lunch specials for $10 at several participating establishments. Dinner is the bread and butter, excuse our pun, of Restaurant Weeks, and ours is sure to please the palate. Foodies will enjoy a three-course meal for $25. A list of all the participating restaurants and menus is available on our website.
Restaurants use this week to show off their talented chefs, serve up local favorites, and throw in a dash of creativity. For added flair—and flavor—our participating restaurants are encouraged to use locally sourced produce and meats. Menu items featuring reductions and sauces made with spirits from Springfield Distillery and wine from Bright Meadows Farm and Hunting Creek Vineyards are often found on Restaurant Week dishes, adding more local flavor to the already-delicious week.

You will find restaurants bustling with excited guests waiting to experience the wonderful offerings. Reservations are not required, but we strongly suggest making them to ensure your seat at the table. As per the prix fixe model, none of the meals will include taxes or gratuity. Breakfast and lunch menus will include a drink, however, at dinner, drinks are not included.
May we suggest that you sip a coffee or a cocktail and review the menus to plot out your mouthwatering week of dining in Halifax County?

We’ve all watched the show and daydreamed about what ingredients we would find in our basket and how we would make culinary magic happen and be named IRON CHEF. Well, a girl can dream. For five local chefs, a basket of secret ingredients and a goal of creating the perfect three courses was realized. Halifax County Iron Chef made its Halifax County debut last year to kick off Restaurant Week and will return this year on Saturday, September 7. Held at the Town of Halifax Farmers Market, fans were enthralled as the five chefs worked against the clock to create dishes that were judged on appearance, taste, and creativity. The more than 100 people watching the competition were treated to the highs and lows, oohs and aahs as the chefs competed. The tension was thick enough to cut with a Wusthof Classic Ikon Santoku. As the gong sounded to end the cooking and start the judging, chefs were visibly anxious to learn who would be crowned the inaugural Iron Chef. Four judges scrutinized each dish, offering feedback and determined that Southern Plenty’s Mary Bagwell was the ultimate Iron Chef. Bagwell’s three dishes wowed the judges, and she walked away with a hand-forged knife in a custom case as the trophy and cash and prizes totaling $500 for her efforts. Bagwell returns as the reigning champion to defend her crown and will have competition from last year’s runner up, Josh Henry of Molasses Grill, and Berry Hill Resort’s new Executive Chef, Darren Lee. Chefs have until August 1 to register to compete (and we’ll keep the halifaxcountyrestaurantweek.com site updated). Iron Chef is presented by Halifax County Restaurant Week, the Town of Halifax, and Hudson Heritage Farms.

THE MAKINGS OF AN IRON CHEF

• Each chef picks up a basket on Thursday before Saturday’s competition containing Genuine Halifax produce from the Halifax Farmers Market and protein from Hudson Heritage Farms, Waller Farm. Each chef is given the exact same ingredients.
• Chefs can plan and PREP only before the competition. They are allowed to bring additional ingredients on the day of the competition.
• On Saturday, chefs are given a table, a gas grill, and water for washing utensils. They must bring everything else that they may need to prep, cook, and plate their meals.
• At the start of the competition, chefs are given several secret ingredients that must be incorporated into their dishes.
• Chefs have one (1) hour in which to cook and plate their dishes for judging.
• At the end of the competition, each chef presents all three courses to the judge, describing their dish and answering any questions about each. Judges will award each chef points based on taste, creativity, and appearance.
• ONE chef is crowned IRON CHEF.

We’ve added a new event to the kickoff festivities for Restaurant Week. We’re partnering with The Prizery to host local mixologist for a cocktail competition on Saturday, September 7 from 4 to 6 p.m. at The Prizery. Local cocktail creators will concoct their best libations based on a theme and serve them up to judges and ticket-holders. The best cocktail will be awarded a cash prize. In addition to cocktails, the Smok’n Butts BBQ food truck will be on site as well as the band Rock Steady (from 6:30-10 p.m.). This fun event costs $25 for the competition and band or $15 for the cocktail competition only. Tickets are on sale at The Prizery (prizery.com).