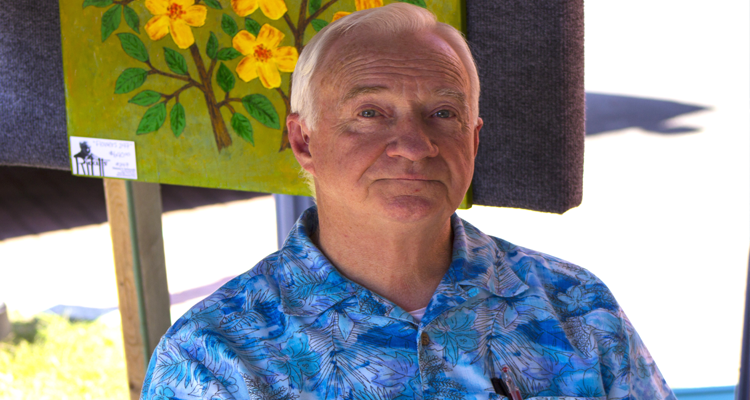 by showmag
In George Lucas’s Raiders of the Lost Ark, antagonist Dr. Rene Belloq holds up a pocket watch and tells Indiana Jones, “Look at this watch. Cheap. Nothing. Take it out into the desert and bury it for a thousand years and it becomes priceless.” Belloq may have been correct, but without the written history of what... Read More
Bridal Expo Registration

Investing In The Region’s Future

In George Lucas’s Raiders of the Lost Ark, antagonist Dr. Rene Belloq holds up a pocket watch and tells Indiana Jones, “Look at this watch. Cheap. Nothing. Take it out into the desert and bury it for a thousand years and it becomes priceless.”

Belloq may have been correct, but without the written history of what the watch was, who it belonged to, or its purpose, the overall history is bleak.

Danny Ricketts, like Moses before him, understood the importance of documenting and recording history for future generations. He spent a lifetime recording the history surrounding Danville, Pittsylvania County, and beyond.

Over the course of seven decades, Danny documented the many businesses, buildings, streets and homes that have survived, closed, and been demolished in Danville. He could also tell you their purpose.

When I began writing my senior thesis at Liberty University on the history of Dan River Mills, Danny told me to get on paper what each building was used for at Schoolfield and the Riverside Division.

So, one afternoon, I sat down with Odell Hutson, who retired from Dan River as chief engineer and documented what each building was used for — from cotton to packaged products for shipping. Danny told me to hang on to it afterward, because it’s one of few recordings of what all happened at the mill site in order.

In 2003, Danny got the opportunity of a lifetime when he and his son Bobby Ricketts recovered a piece of the Beaver’s Mill water wheel. Until its discovery, the water wheel hadn’t seen the light of day for over 100 years.

The water wheel has a significance beyond its Pittsylvania County home. It is the oldest known surviving water wheel in America, dating back to 1792.

To help people understand how things worked in the days of yesteryear, Danny made countless posters containing maps, drawings, and other pertinent information on the area. Many of the posters still hang in the Pepsi Building.

Perhaps his most notable poster was The Wreck of the Old 97, which quickly recounts the events of Sept. 27, 1903 when a locomotive plunged off Steelhouse Trestle near present day Danville Family YMCA.

I asked Danny, what happened to the trestle? He said it was abandoned years later in favor of a better route for the railroad. The railroad continued to pay taxes on the trestle until the 1930s, when it was discovered by the city and finally slated for demolition.

Sure enough, I was able to back what Danny told me with a news article I found years later.

He also made posters about grist mill history, the county’s founding and establishment of Peytonsburg — the first county seat, Dan River Mills, Civil War topics, and the history of the Roanoke Navigation Canal still partially visible by the White Mill among many other subjects.

To hear Danny talk about the history of the canal when I was doing thesis research truly made me feel as if I was there.

Ultimately, the 1812 canal failed. It was originally designed to be used for batteaus to navigate through the shallowest part of the Dan River.

I can still hear Danny saying, “This is the northernmost point in the river. It was almost completely in North Carolina. The mill wound up using the canal for power after it was established in 1882.”

By the time the canal came into use, batteaus were largely being decommissioned. At one time, they were the number one form of moving goods and commerce throughout the United States.

Whenever you called on Danny for information, you never heard him say, “I’ll have to check into that,” or, “Let me get back to you.”

Danny’s answer was affirmatively, “What do you want to know?”

It wasn’t because he didn’t understand the question. He asked because he wanted to understand better what you were looking for because of his vast knowledge on the subject.

I’ve had the pleasure of spending many afternoons in the home of Danny and Nancye, his wife.

Two thoughts come to mind when I think about his historical documents and art space.

First, nothing was organized. There were books, documents, art, supplies, and artifacts everywhere. At one point, I went over to his house and the living room was full of paintings with nowhere to sit.

Second, if he wasn’t in his workspace, Danny could tell you exactly where something was. His memory was impeccable.

The first time I ever went to see Danny, he was telling me about his adventures in the Air Force, and how he came across countless artifacts in markets for little to nothing in terms of money.

I thought I would be slick and tell him about something I had recently learned about the Roman Guard.

Danny didn’t say a word when I finished. He rose from his chair, went over to a cabinet in the basement and searched it for what seemed like an eternity.

When he finally came out of the cabinet, he was holding a coin.

“Here’s a coin from the ancient Roman Empire I got from a Turkish market,” he said.

I was telling Danny about history, yet he had history.

Danville owes Danny a debt of gratitude for the history he was able to save.

In 1984, Danny was able to locate and purchase the Wynne chest, which was used for over a century through the Civil War.

After tracking it down, Danny purchased the safe for $1,865.

Instead of keeping it to himself, the safe was put on display at the Danville Museum of Fine Art & History. In 2019, his son Bobby Ricketts restored the safe back to working order.

But the safe has more significance than just the Civil War. It belonged to William Wynne, a judge in Brunswick County who purchased the land rights for what would become the City of Danville and Pittsyvlania County.

In 1738, when Danville was called Wynne’s Falls and nothing more than a trading post between Union Street Dam and King Memorial Bridge, the safe was located there and used as a bank by Wynne.

It is the oldest known relic in the city.

Thanks to Danny, we know more about yesterday, and we can face a brighter tomorrow.

“We need to learn from history. Nothing’s new,” Danny once said. “If we don’t, we’re doomed to repeat something we may not want to.”

“Weird” Would Be the New Norm Inside the Creative Process of Jameel Rashad Austin
Previous Post
September 2020: The Parenting Issue