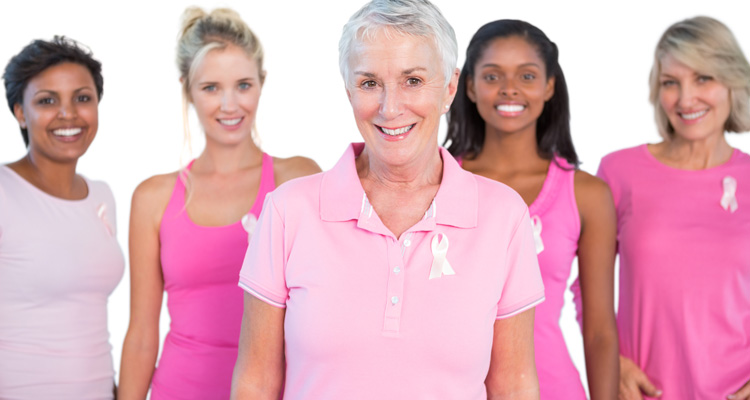 Think Pink: The Importance of Awareness

by showmag
“You have breast cancer.” It’s a phrase no woman hopes to hear. But it’s something that one in eight women in the United States will hear at some point in their lives. That’s 13 percent of women who will be affected by the disease. According to the American Cancer Society, over 300,000 women will be... Read More

All you need is a little bit of faith, trust…

“You have breast cancer.”

It’s a phrase no woman hopes to hear. But it’s something that one in eight women in the United States will hear at some point in their lives. That’s 13 percent of women who will be affected by the disease.

With so many cases, it’s important that support lines are there for those fighting, caregiving and bereaving.

The Danville-Pittsylvania County Cancer Association (DPCA) provides the River City region with such support. Organizing events such as the Bridge 2 Bridge Race, Colors for Cancer fashion show, and its annual dinner, Celebration of Life.

The association uses the monies raised to help clients cover everything from their chemotherapy and radiation treatments to mileage driven for treatments, anti-nausea medications to wigs once they start losing their hair to “restore a sense of normalcy,” McFaddin said.

In short, DPCA offers its clients — they call them clients because according to McFaddin, “their patients everywhere else and nobody wants to be a patient forever” — both emotional and financial support.

“We’re that step along the way whether it’s support financially or emotionally, we’re there. Whether you’re a survivor or going through treatments or a caregiver, we are an advocate. We do a bit of everything,” McFaddin said. “We’ve been serving cancer patients in Danville-Pittsylvania County since 1950 and we don’t discriminate on anything.”

“You can have any type of cancer, income, insurance or no insurance, we’ll help you as long as you live in our community.”

Each October, items from coffee cups to hats to t-shirts to profile pictures turn pink for Breast Cancer Awareness Month. Brands follow suit with pink-themed products and college and professional athletic teams don pink helmet decals and cleats. In honor of those fighting or who have lost their fight against the disease.

October was established as National Breast Cancer Awareness Month in 1985 by a partnership between the American Cancer Society and Imperial Chemical Industries — a pharmaceutical company that produces drugs designed to fight breast cancer — to encourage women to have mammograms in order to detect, diagnose, and treat cancer.

Looking at the numbers over the past 35 years, they were successful in their efforts.

From 1989 to 2016, breast cancer death rates have declined by 40 percent among women. The progress can be attributed to improvements in early detection. In addition, death rates have dropped in women over 50 and the overall death rate has decreased by 1.3 percent each year from 2013 to 17. These decreases are also due to the result of treatment advances and earlier detection through screening.

One of the most telling facts concerning detection, is that 64 percent of breast cancer cases are diagnosed at a localized stage (there is no sign that the cancer has spread outside the breast), for which the five-year survival rate is 99 percent.

“Prevention and early detection is a huge thing,” McFaddin said. “It’s about making that appointment and going to the doctor. It’s your body, you know when something is wrong with it, so it’s better to take care of yourself now rather than later. “

The following are guidelines for women at average risk for developing breast cancer:

Women 45-54 should get mammograms every year

Women 55 and older can switch to a mammogram every other year, so they can continue yearly mammograms. Screening should continue as long as a woman is in good health and expected to live at least 10 more years.

McFaddin grew up knowing she wanted to see life beyond Danville after graduating from high school.

She accomplished her goal as she, in her own words, “packed her life into a suitcase” and took a job as a flight attendant with American Airlines after graduating from Radford University with a bachelor’s in communications/public relations.

However, her hometown ended up calling her back three years ago, and she listened to the call. Moving back to the River City and taking a job with Danville-Pittsylvania Cancer.

“I graduated from Radford and told myself I was never moving back to Danville and I didn’t for a while,” McFaddin said smiling. “I became a flight attendant and have seen so many places and so many things but to wind up back home so being able to help give back to the people that raised me is tremendous. It’s heartwarming.”

“I get to help encourage them as they are tackling this enormous milestone in their life through their journeys. I’ve been back for three years and it’s been amazing. Home is home.”