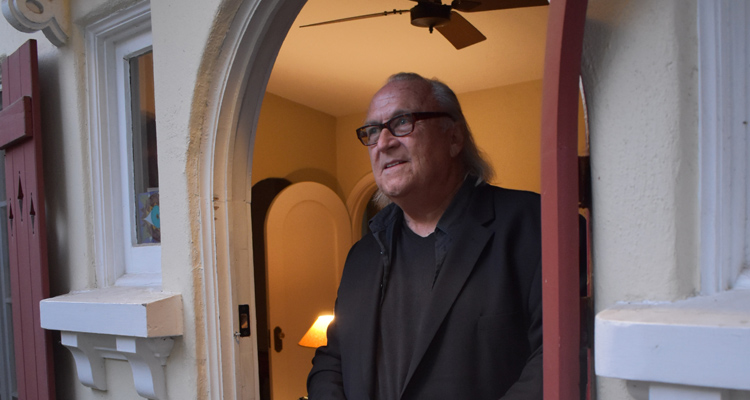 A Life So Interesting

by Sam Jackson
The life and career of Hollywood veteran and Danville native Jerry Meadors could be a dramatic production in its own right. And if he chose to, Meadors could write, produce, act in it, and promote it to boot. There is little that Meadors hasn’t done over the course of his career, which has taken him... Read More

How to Volunteer to Help a Veteran

The life and career of Hollywood veteran and Danville native Jerry Meadors could be a dramatic production in its own right. And if he chose to, Meadors could write, produce, act in it, and promote it to boot.

There is little that Meadors hasn’t done over the course of his career, which has taken him from GW High School to the Hollywood back lot and back again. There have been many stops and starts, but Meadors believes such things haven’t happened by accident.å

Meadors is a successful marketing executive, producer, and manager who is based in Los Angeles. His first love, however, is theater, one that began during childhood thanks to his mother, Marguerite—better known as Tannie, who Meadors said was “always entertaining.”

Tannie was a manicurist who worked at the Virginia Inn and Theatre on Main Street in Danville. So charismatic was Tannie that she once earned a screen test from Hollywood legend Gene Autry.

“I think she always dreamed of being in entertainment,” Meadors said.

Tannie could sing, dance, and play piano, Meadors said, and her talent and passion was passed down to him.

Meadors virtually grew up in front of audiences, first as a boy in church, and later in high school and college at Averett and Virginia Commonwealth Universities.

Before he moved into the entertainment world professionally, though, he began one of his other equally successful pursuits—business marketing. Meadors was the business manager at the Hatcher Center workshop in Danville, now part of the Arc of Southside. Meadors developed a nationwide market for various crafts made by adults with developmental disabilities at the Hatcher Center, including some made especially for President Jimmy Carter.

As proud as Meadors was of helping a local nonprofit grow, California still called. He moved to Los Angeles, where his career took off almost immediately. He took the position of assistant film programmer at the Los Angeles International Film Exposition, now known as the American Film Institute’s Los Angeles International Film Festival. At the end of his first two-week festival, Meadors was promoted to festivals director by the programming director of the festival.

Meadors later worked in marketing and advertising, first at PolyGram Pictures, and then at Seiniger Advertising. What could be considered his “big break,” however, came when he joined Paramount Pictures.

But after his meteoric rise at Paramount, Meadors turned down a three-year contract (“I left a lot of money on the table,” he said) to become senior creative account supervisor at BLT Associates/Hollywood, where he continued in film promotion for Paramount and other studios such as Warner Bros., 20th Century Fox, New Line Cinema, Gramercy Pictures and others. “It was a difficult decision to leave Paramount,” he said. But Meadors doesn’t regret it.

“I was following my heart,” he added.

That’s also what Meadors did when he took on the role of executive producer of “Don’s Plum,” the now-infamous independent film starring Leonardo DiCaprio and Tobey Maguire. The low-budget, black-and-white movie was largely improvised, and filmed before the actors, who would later become Hollywood leading men, had gained nationwide fame.

Meadors was brought in as an executive producer after principal photography was completed, but nothing had been edited. “There was more than 60 hours of footage,” he explained. Still, Meadors had to see what was there before agreeing to sign on.

“I never commit to anything until I’ve seen it,” he said.

He agreed to take part in the project, and the film was completed. Meadors recalls the screening, in which DiCaprio “jumped out of his chair in excitement three times and shouted at the screen,” he remembered. Meadors hoped he had helped create a breakout hit.

However, “Don’s Plum” stalled before it saw the light of day. The film’s producers battled over control, and DiCaprio and Maguire allegedly dragged their feet over its release, citing concerns that their performances were “too revealing of personal experiences.”

This led to a lawsuit between the actors and producer David Stutman, where negotiations over the release of the film slowed to a crawl. Meadors remembers one meeting at a hotel where, “We were in there from 10 a.m. until 10 p.m.” Eventually a settlement was reached, but Stutman could only secure a release of the film outside the U.S. and Canada, effectively killing its box-office potential.

Despite the disappointment, Meadors said he doesn’t regret the experience.

“I’m an entrepreneur, and the definition of that is when you fall on your face, you stand up,” he said.

In 2003, Meadors returned home to Danville. With a long career of marketing success in Hollywood behind him, it was now time to return to his roots in theater. He became president of the North Theatre Group, where he supervised the renovation of the historic theater on North Main Street, turning the facility into a fully functional arts complex when it was restored in 2005.

Meadors also directed several shows such as “True West,” and Oscar Wilde’s “The Importance of Being Earnest.” He also wrote and directed “As Time Goes By.” The experience with the North Theatre Group was among his favorite in show business.

“It was a remarkable experience,” he said. “I loved doing that.”

He also was involved in creating the 616 Restaurant in Danville and continued to work in marketing and consulting. However, when the recession hit in 2008, it hurt the fortunes of the theater. Meadors said the group tried to return control of the facility of the city, but it never worked out.

“I suppose (it was) because of what happened with the economy,” he said. “The whole point of doing it was giving the community a theater.”

The theater reopened in 2010 and continues going strong, partly due to Meadors’ theater group and its restoration efforts. Again, it was another experience he’ll never regret.

Since then, Meadors has come and gone between Danville and Hollywood. “Picking up your life in Danville and re-rooting yourself in Los Angeles is a bit of a feat,” he noted. “It feels like this Karmic return in a way.”

He continues to work in marketing and consulting, and has worked on many other film projects. Among them are the film adaptation of Robert Gandt’s acclaimed “Angels in the Sky,” the story of a band of volunteer airmen from the United States, Canada, Britain, France, and South Africa that aided the newly formed nation of Israel from attacks by neighboring states in the Middle East. The project was gaining momentum, Meadors said, but stalled because of the pandemic. He hopes there is still life in the project.

Other projects on the horizon include a production of the life of Hollywood icon Roy Rogers, as well as a film called “Damson Honey,” which is set in Danville.

No matter if Jerry Meadors is on location in Tinsel Town or the River City, he has adapted, succeeded and thrived in his various endeavors over the years. With such a rich set of experiences, he said, he spends each day with a grateful heart.

“I wake up every day and I’m thankful for my life, because it’s so interesting,” he said.

Heart of a Champion
Previous Post
How Do You Measure a Year? 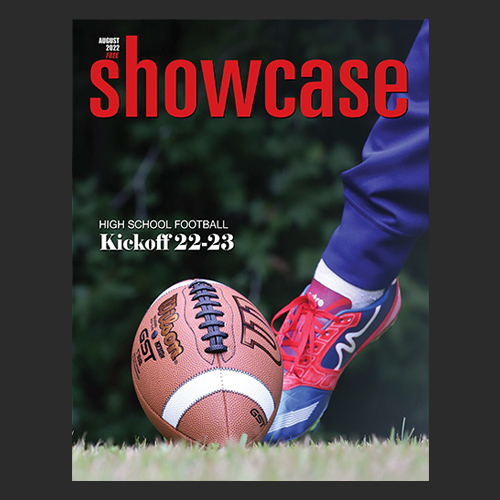