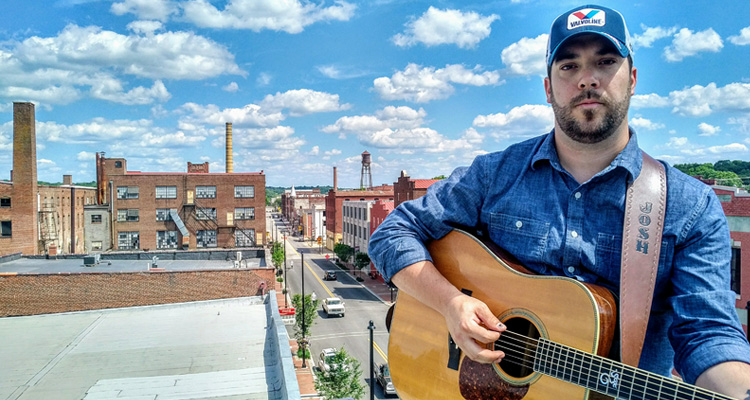 by showmag
The origins of country music are said to have come from the folk music of working-class Americans. Early pioneers like Hank Williams Sr. and Bill Monroe laid the blueprint for what would follow over the next several decades. Today’s version of country music is certainly different from those early days of twang and heartache. But... Read More

Top 10 Questions to Ask Your Doctor when Trying to Conceive

Navigating the Maze of Life while Maintaining Your Mental Health

The origins of country music are said to have come from the folk music of working-class Americans. Early pioneers like Hank Williams Sr. and Bill Monroe laid the blueprint for what would follow over the next several decades. Today’s version of country music is certainly different from those early days of twang and heartache. But here in Southern Virginia, there’s an artist who is working to bring country’s roots back to the forefront.

Josh Marlowe, currently residing in Bassett, is a native of the area, having graduated Tunstall High School in 2005 before joining the Air Force. He’s had a love for down home, straight-forward country music for as long as he can remember. “I had two sets of next door neighbors that were like grandparents to me,” Marlowe says. “I spent a lot of time at their houses. They introduced me to music at an early age.” It was there that Marlowe was introduced to a world of a music that came straight from the heart. One of the couples was Eldridge and Irene Ferrell. “Eldridge, or ‘Papa’ as I called him, played the guitar and sang,” recalls Marlowe. “He was always playing old records and singing old songs by artist like Hank Williams, Charlie Poole, Bill Monroe,and Jim Reeves.” The other couple, Ben and Irene Horsley, introduced Marlowe to the music of Ricky Van Shelton. He says his life was never the same. “I wanted to be Ricky Van Shelton so bad,” Marlowe says over laughter. “Irene would make me outfits like he wore on television, and I would stand on her sewing desk and play a toy guitar, wear the outfits and sing along with VHS tapes of him that she would tape for me whenever he came on TV.”

As Marlowe got older, he began playing guitar more and more and his musical influences grew. “I was and still am really big into Elvis (Presley),” Marlowe states. He also cites Buddy Holly, Creedence Clearwater Revival, Daryle Singletary, and David Crowder as influences. Growing up, he played in different bluegrass and country bands before eventually performing on his own. “I recently started playing solo shows just because it was easier to play what I wanted, when I wanted, and how I wanted,” states Marlowe. “But I also got the itch to put a band back together, so I did that, and we have been practicing like crazy for the past couple months getting a few hours of material down.” The band, Rhinestone Twang, can be found playing shows around the region.

We don’t know what the future holds for each one of us, but Josh Marlowe knows music will be a part of his. “I want to keep real traditional country music alive, and I want people to enjoy it,” he says. “I enjoy playing at home and entertaining myself, but I play live because people seem to enjoy it. I am very fortunate to have a lot of friends and family in the area who enjoy me playing, and through the years they have been amazing at spreading the word and getting others to come and see me.” For Marlowe, it’s really simple — “If people enjoy it, I’ll keep playing live.”

A Vision For Chatham
Previous Post
True Memoirs Of Our Lives