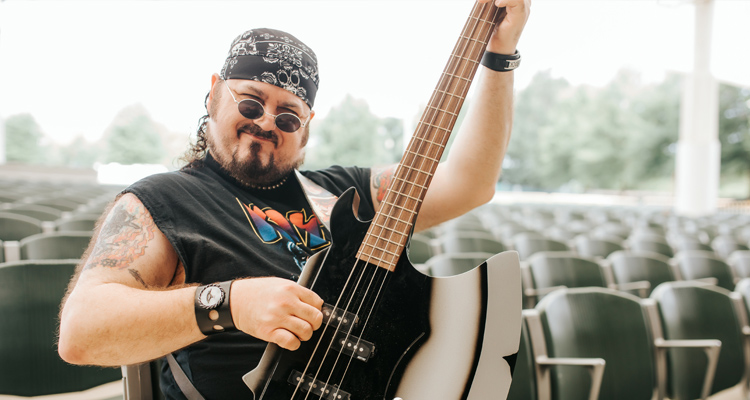 by showmag
Barry “Beesty” Shelton developed an ear for music at an early age. “One of my first, of many memories was listening to whatever my parents were playing on the radio, their vinyl or 8-track tapes,” Shelton says. In the beginning, it was mostly the sounds of the seventies when storytelling was king. Shelton fondly remembers... Read More

Barry “Beesty” Shelton developed an ear for music at an early age. “One of my first, of many memories was listening to whatever my parents were playing on the radio, their vinyl or 8-track tapes,” Shelton says. In the beginning, it was mostly the sounds of the seventies when storytelling was king. Shelton fondly remembers soaking up the sounds of artists such as Eric Clapton, The Eagles, and Bob Seger, but it was four guys in greasepaint that changed his life. “In middle school, someone brought KISS Alive II to music appreciation class on “listen and tell” day. The album which was gatefold, opened to scene from a KISS show complete with flames, elevated platforms, and Peter Criss’s drum riser. That day, I discovered the magic, mystery, and majesty of KISS. I lured my parents to a store that evening to get my own copy of Alive II. The rest is KISSstory,” Shelton says.

Music has always been there for Shelton, helping him through troubled times and health issues. “It is my escape. Over the years, music has remained a constant and a lifesaver for me,” Shelton adds.

Shelton’s favorite band is KISS. “They were my heroes.” Shelton loved the sonic sound of KISS—the way Paul Stanley and Gene Simmons blended rock and melody. But the appreciation went much deeper than the music. “I, like most of the KISS ARMY fan club, admired the four individuals who donned the greasepaint and ‘seven-inch heels’ to morph into a rock-and-roll phenomenon.”

Shelton has amassed a vast collection of KISS keepsakes. “I own every KISS record in just about every format, including 8-track tapes.” Shelton isn’t just a fan, he’s also a musician. He owns and plays signature series Gene Simmons basses and Paul Stanley acoustic and electric guitars. His KISS shrine includes posters, magazines, guitar picks, drumsticks, and “tons of signed memorabilia.” Shelton has a KISS tattoo on his right leg.

Not Just a Fan

When Shelton is not listening to music, he is playing it. “I play bass first and foremost. I started off on guitar, but got tired of going to jam sessions with friends where there was one drummer trying to play along with five or six guitarists playing different riffs from whichever songs we halfway knew,” Shelton says.

Shelton has many musics projects brewing. “I play bass and do backing vocals plus occasional leads in my cover band The River City Rousers. We play classic rock and dance tunes around the Danville area,” Shelton adds. He has also recored a concept hard rock/metal album called Nature of the Beest under the name Beestspawn. “I wrote the songs, mostly on bass guitar and do all the vocals. I coordinated the overall concept (the message is yours to interpret, but it’s definitely a story told with many hidden messages throughout) and flow of the album with a professional assist form Will Gunnell of Rat-A-Tat Sounds Recording Studios.” Shelton also deejays as DJ Beesty.

One criterion for being a music superfan is catching your favorite artists on tour. When asked how many shows he’s seen, Shelton’s response is “a lot.” His list spans just about every genre from Gordon Lightfoot to Morris Day and the Time, and he vividly remembers all of them. “A T-shirt I own says it all, ‘I may be old, but I got to see all the cool bands.’ I remember going with the folks back in ’78 to see the Doobie Brothers. I believe UFO opened. I saw the Eagles on ‘The Long Run’ tour in ’79.” It was around 1984 that Shelton started attending concerts regularly. “I was good friends with a local record store manager. He got my buddies and me tickets to Ozzy Osbourne’s ‘Bark At The Moon’ tour with Accept opening in Greensboro. Tickets were much cheaper back then. I think I paid $12.50 to see Iron Maiden and Twisted Sister in 1985. I saw a bit of everyone because I love good music regardless of the genre. But, rock-and-roll has always been my favorite,” Shelton says.

Not surprisingly, Shelton has many memorable concert experiences. One of his favorites is seeing KISS on the reunion tour in 1996. “It was the first time I got to see the original line-up with all the glory of the seventies shows.” Through the years, Shelton has met many of his heroes and shared his own music with them. “Bret Michaels of Poison comes to mind. Most every show I see whether he is solo or with Poison, Bret points out that he can see the hunger of me chasing the rock-and-roll dream. That makes me feel good,” Shelton adds. “I’ve had artists put the microphone out there, and I’d sing the next line. There’s magic in that too. I’ve been onstage dancing and singing along with Salt ’N Pepa and Vanilla Ice.”

While the list is small, there are a few of Shelton’s favorite artists he has yet to see live. “As far as bucket list artists go, I’d still like to see Jimmy Buffett or the Dead & Friends, mainly for the experience. I hate that I never had the chance to see Nirvana, but I plan on catching Dave Grohl and the Foo Fighters in October.

For Barry Shelton, music and the live show that comes with it are lifeblood. He is the ultimate super fan. “Every concert experience, all live music, is memorable. I cherish ever moment of every show.”

For more music memories, hop over to Barry’s facebook page.

The Metamorphosis of Dustin Turner
Previous Post
Accreditation Results – What is Being Measured? 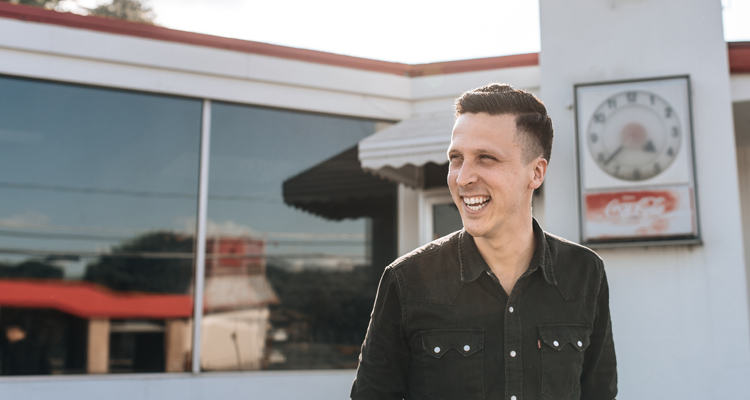 The Hard Way With BJ Barham