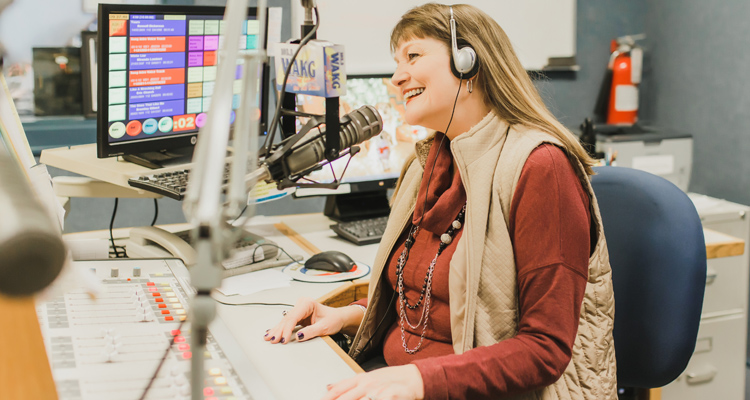 by showmag
As a college student, Carol Metz began working in radio in 1983 at WYPR. “I was very lucky but it was because of someone else’s bad judgment. I walked into WYPR in the Downtowner on Main Street to ask for a job. I had no experience. I wanted a part-time job, and I thought radio... Read More

As a college student, Carol Metz began working in radio in 1983 at WYPR. “I was very lucky but it was because of someone else’s bad judgment. I walked into WYPR in the Downtowner on Main Street to ask for a job. I had no experience. I wanted a part-time job, and I thought radio would be fun,” Metz says. Someone was fired as Metz walked in. She was immediately hired. “Good timing on my part, I guess. I have loved all my days in radio, but those early days were very much like the TV show WKRP in Cincinnati. It’s great to have such a fun job.”

Metz moved to WVOV in 1985. There she did DJ and news work. “I was hired at WAKG in 1987 as the afternoon announcer. In 1999, I moved into Morning Drive. I also took on the duties of Promotions Director in the early 1990s, “Metz adds.
While in college at Averett, Metz learned about practical media experience from Jeanne Faulkner. “She taught me so much. She helped me understand everything from selling ads in the yearbook to writing a news story for newspaper and radio.” Metz is quick to add that she has learned something from everyone she has worked with, and she is still learning. “I work with people who have been in the business longer than me and people who are younger and not as experienced in radio. The veterans have a wealth of knowledge and techniques and the younger folks have a wealth of new ideas and knowledge of trends and how to navigate the ever-changing ways of the world and how we communicate and interact.”

Denise Franklin, a popular WXII Channel 12 new anchor in the 1980s and 1990s was a great influence on Metz. “I loved her delivery and pose. I tried to imitate her style. I never got to meet her. Sadly, she passed last fall. I wish I had met her and told her what a positive influence she had on me.” 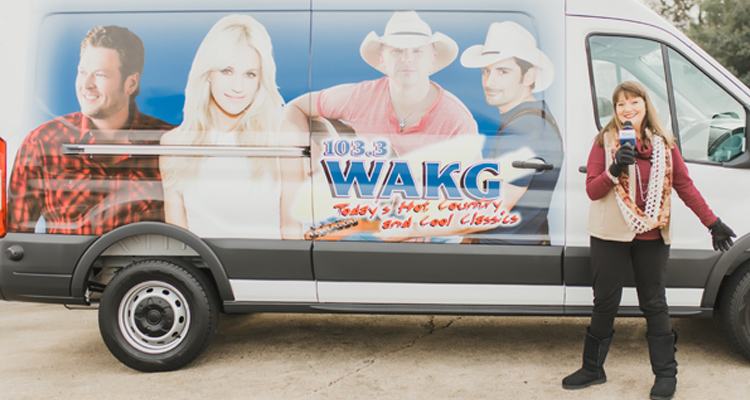 Metz lists meeting people and making new friends as the favorite parts of her job. She adds, “This job has introduced me to people of all walks of life and some of my best friends are my friends because I met them through this job.” One would think that an outgoing personality would be a criterion for an on-air personality, but Metz says most people would be surprised to find out that she is very shy. “I have to really talk to myself to get the courage to approach new people and groups. Radio actually compounds that because when you think about it, I am basically talking to myself. I don’t see my audience.”

While good times are abundant, one of the most challenging aspects of being on-air is having to deliver tragic news. “I was on the air when the planes hit the Twin Towers. Having to continue the days after 9/11 was very hard. It was all we talked about. The same goes for when we have bad local news,” Metz adds.

When asked who her dream interview would be, Metz responds with Jesus. “I would really like to know what He would do in certain situations, and how does He really feel about how we live and act today. There are so many who claim to know those answers, but I would really like to get His Word on those issues.”

Metz has seen the radio industry evolve over the years. “Technology has changed tremendously. There are no more records or CDs. Everything is on the computer now,” she says. For anyone looking to start a career in radio, Metz offers this advice. “Study communications, public relations, and marketing. Be prepared to work some crazy hours and be prepared to have a lot of fun.”
Fun is what keeps Metz involved in the industry. “I love the people I work with and I the job. It is very satisfying and rewarding when someone tells you they ‘heard you this morning’ or ‘you made me laugh out loud today.'”