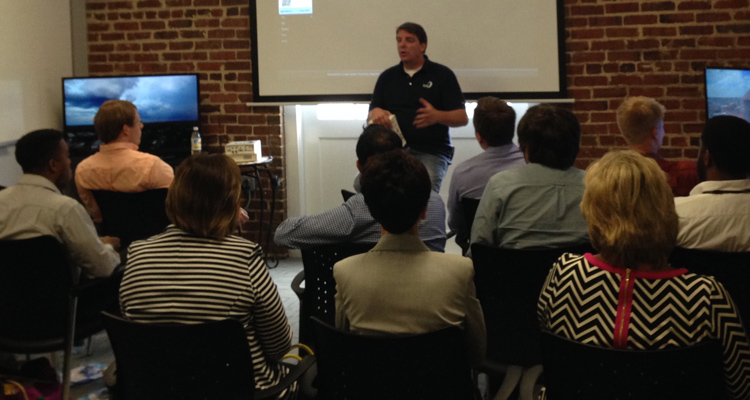 Investing In The Region’s Future

by showmag
How do you reinvent and reignite a local economy? It’s a question that cities and counties across the nation ask themselves every day. And yet, some find success, while others struggle to make it happen. For those that succeed, what is a common thread? Nearly every thriving local economy has a strong entrepreneurial system at... Read More

How do you reinvent and reignite a local economy? It’s a question that cities and counties across the nation ask themselves every day. And yet, some find success, while others struggle to make it happen. For those that succeed, what is a common thread?

Nearly every thriving local economy has a strong entrepreneurial system at its core. Fortunately for the Dan River region, that entrepreneurial spirit is alive and well, and it’s cultivated by The Launch Place.

Originally called the Southside Business Technology Center (SBTC), The Launch Place was founded in 2004 when a group of CEOs, bankers, industry leaders and entrepreneurial enthusiasts in Southern Virginia wanted to simultaneously fill an economic and business community need.
In its first five years of helping existing businesses in their development efforts, the SBTC was able to build a network of support, accumulating funding from local governments in the region and consulting projects.

After receiving a $10 million grant for five years from the Danville Regional Foundation in 2012, the SBTC was rebranded into The Launch Place and expanded its portfolio of service offerings.

Since that rebranding in 2012, The Launch Place has been an active player in growing the local economy.  With  $3 million invested and 13 active portfolio companies, the numbers are impressive. The combined valuation of those portfolio companies is $52 million.

According to Fortune Magazine, 9 out of every 10 startups fail. It’s because of this high failure rate that most venture capitalists are hesitant to invest funds during the early stages of a startup’s life. The Launch Place, however, has sought to be that helping hand for many startups.  “Currently there is a lack of capital available to early stage entrepreneurs,” says Troy Knauss, the Vice-Chair of the Board of Trustees for the Angel Resource Institute, Angel Investor and member of The Launch Place’s Board of Directors. “The Launch Place not only gives capital, but the resources to make a company a company.” That is why the Launch Place offers business services like marketing and public relations, market research, financial analysis and other consulting, as well as office space, residential and office rent subsidies on top of the investment funds.

One of The Launch Place’s success stories is Roobrik, an online decision platform for caregivers of seniors.  They received the maximum pre-seed investment in 2015, and then an additional $200,000 after closing three deals seven months later. Beyond the essential capital, the business analytics offered by The Launch Place helped Roobrik pull data on the interests of its audience in order to evolve its core product. Also, the public relations services provided by Marketing Director Kelly Fitzgerald helped Roobrik land appearances on several prime-time television shows to reach a larger audience.

Even with the success The Launch Place has helped create over the past several years, the future seems even brighter. With its focus industries of Information Technology, Medical Tech and Advanced Manufacturing lining up perfectly with what the region’s economic development teams are recruiting, the probability for economic growth is Southern Virginia is high.