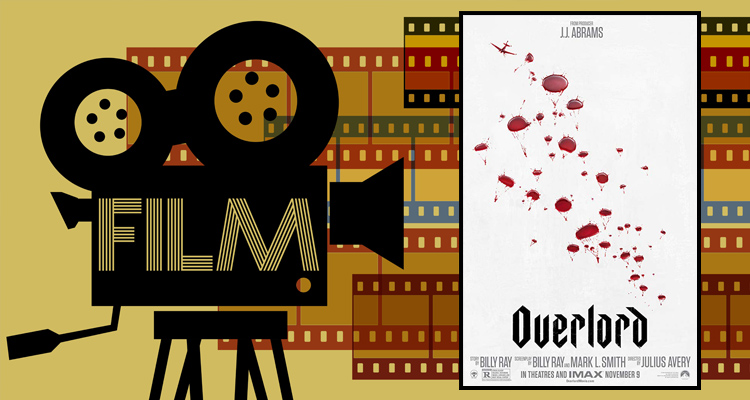 Overlord should be worse than it is. JJ Abrams produced this film and his touch is evident throughout. It is by no means amazing, but there are little things that are better than they should be in a film like this. The effects are actually well done. The acting is by no means Oscar worthy, but again, better than it should be. The monsters are gruesome and there are some cool uses of the plot to do fun things. The lead played by Jovan Adepo reminded me of John Boyega in The Force Awakens. In fact, it almost felt like the same movie at times. He is likeable and believable, although history buffs will point out inaccuracies. No one is going to this movie for a history lesson, however. If you like gory sci-fi action horror this movie certainly entertains. Wyatt Russell, son of Kurt Russell and Goldie Hawn, is trying a little hard to be the cool guy here, but he manages, even reminding me of his father many times. Mathilde Ollivier is another newcomer to watch out for. All of the cast did well with what they were given. There are some fun moments throughout and overall it is a wild ride.

There were times this movie seemed to forget what it was. Dramatic war movie? Romance? Zombie movie? It veers off a little longer than it should in various directions instead of just having fun being what it is. There could have been more exploration into the Nazi experimentations and less focus on the war aspect. The plot is predictable and of course there are poor decisions made throughout, as with most horror movies. Some of the character development is strange. Multiple characters make choices that do not fit with what has been developed. This could be hit or miss for most moviegoers.

[spoiler title=”Spoilers! If You Have Not Seen the Movie Stop Here!] First, you have some characters early on that are likeable and killed off while the annoying Tibbet, played by John Magaro lives on. Okay, it is a horror, he’s there for comedic relief and anyone can die in a horror, I get it. Tibbet does grow on you a bit with a somewhat rewarding character arc involving the kid. So, I can accept that one, but then you have the main protagonist, Boyce, built up to be a “nice guy” who would not kill a mouse, literally. And yet, there is a scene where he bashes in a friend turned zombie until his skull is pulp, only to question shooting a bad guy in the next scene. It’s a strange back and forth, and while there is some comedy to be found, I’m not sure why another character was not used. Flash forward to Ford, Russell’s character, a badass focused completely on the mission. He literally argues early on that their small team must take on an entire compound of Nazis because the mission depends on it, only to later argue essentially the same thing is suicide. There are multiple inconsistencies in character development that feel lazy and just there as filler. The various creatures concocted by Nazi experiments are mostly cool. I only wish there was more exploration as opposed to focusing on essentially a super human serum that brings the dead back to life and makes them bigger, faster, stronger. I would be interested to see what was cut from this movie. It feels like there was a lot more to explore in an otherwise fun movie.[/spoiler]