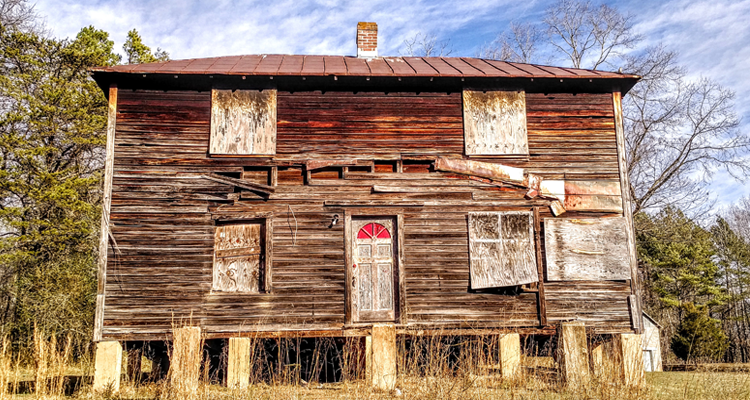 The History of a Haunted House

by showmag
With Halloween around the corner, the emergence of spooky attractions flood our weekends, especially haunted houses. Haunted houses first emerged during the Great Depression as a way to keep youngsters from vandalism and running amok on the streets. This was a way to channel the children’s energy into something constructive instead of them causing property... Read More

With Halloween around the corner, the emergence of spooky attractions flood our weekends, especially haunted houses. Haunted houses first emerged during the Great Depression as a way to keep youngsters from vandalism and running amok on the streets. This was a way to channel the children’s energy into something constructive
instead of them causing property damage, vandalism, and harassing strangers in the spirit of the holiday. The haunted house did not really catch on until, the creator of the mouse; Walt Disney partook in the festivities. This led to the United States Junior Chamber, also known as the Jaycees, using haunted houses to raise money for their cause. This trend continues across the United States today, especially here in the Dan River Region.

If you grew up anywhere near the Dan River Region, you most likely, at some point in your life, entered the Blair’s Volunteer Fire and Rescue Haunted House. The haunted house is Pittsylvania County’s longest running haunted house, scaring men, women, and children for over 30 years.

This event raises money for Blair’s Volunteer Fire & Rescue to help pay for equipment for the department. The event itself usually attracts about 1,000 to 2,000 visitors a year.

You may now know the haunted house to take place at 7100 U.S. 29 in Blairs. Yet, it got its start in a house on Mount View Road, which now stands as a skeleton of the nightmares the region used to endure every October. It all started around 1990, when deceased Firefighters Robbie Elliot and Billy Francis, along with former Firefighter John Blevins founded the department’s haunted house. The structure is a two-story abandoned family house that belonged to the Yeaman family. The fire department would take about six rooms and divide them into different scenes and scenarios. When you exited the house you had to walk through a long spooky trail, and at the end of the trail the “victims” would have to sit on a bus where workers would enter and scare people.

Travis Fitzgerald remembers his dad taking him to the haunted house when it was on Mount View Road. He
particularly remembers a surgeon room that left him scared him to death as a young kid. Mike Smith was taken by his mother Ann as a child to the house, memories of being chased by a man with a chainsaw, still resonate in his head. Charles Wells has been involved in the Halloween haunt industry for about 40 years. Wells worked at the old haunted house and recounts several fun stories of his time there, but one incident stood out. “I worked that show several seasons, and on one night when we had a packed crowd of guests, a structure fire call came in and three-fourths of the firefighting staff had to respond. But fortunately, friends and family members pulled together and kept the show going.” Thomas Martin worked the house for several years, “I sat in a wall with a barrel and an air hammer. This wall had a door that would swing outward in a burst, exposing a dark figure and an extremely loud metal-to-metal sound. I watched as many lost their minds not knowing which way to get out. Those were the days.”

Around 2000, the Blair’s Fire and Rescue moved the haunted house to where it is now, a single-story residence
consisting of about 8 rooms, a maze, and a haunted hayride where riders explore the woods and see various Halloween-themed scenes. About 50 to 75 workers, who have been putting their time and energy in since the
middle of August, work the house every night.

The Fowler family has been involved in the haunted house since the beginning. Lance Fowler has managed the haunted house for about 10 years, after taking over for his father, Donnie Fowler. Charles Adkins, the owner of Jim’s Warehouse in Dry Fork, Virginia has also been involved since the beginning. He still has his own scene in the house to this day.

Memories and remnants remain in the old house on Mount View Road. You can still find props and mask scattered around the area. Although the haunted house no longer takes place in the old rickety house, you can still get a scare of a lifetime at this year’s Blair’s Haunted House on U. S 29.

Welcome to the Dan River Region
Previous Post
Behind the Makeup