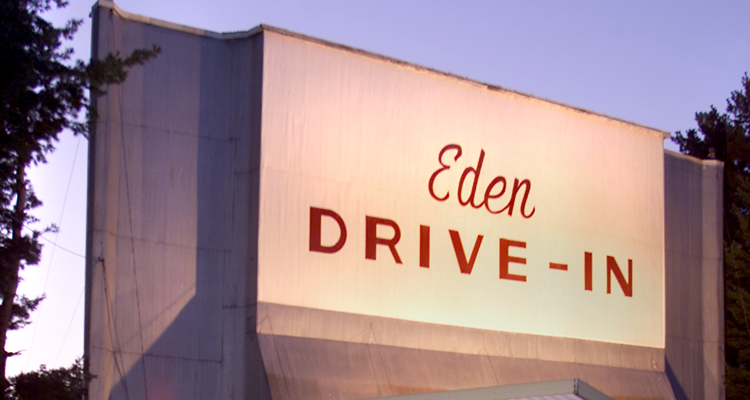 Drive-In to the past

by showmag
Does anyone remember Saturday nights at the drive-in? Packing the car with blankets? Stocking up on candy that you didn’t have to sneak into the movie? Maybe you took an afternoon nap to prepare for a double feature. And most of all, the clunky speaker clipped to your car door providing sound and a bit... Read More
Come Visit Our Town in 2013: It’s Time to Fly Again

A Vision For Chatham

Does anyone remember Saturday nights at the drive-in? Packing the car with blankets? Stocking up on candy that you didn’t have to sneak into the movie? Maybe you took an afternoon nap to prepare for a double feature. And most of all, the clunky speaker clipped to your car door providing sound and a bit of static.

Drive-ins had a trick. Maybe it was innocent, but in order to clip the speaker to a car, the window needed to be down. That allowed the smells from the concession stand to seep in making it nearly impossible to grab a hot dog and some popcorn.

It was hard to beat a Saturday night at the drive-in with friends and family.

The concept of the drive-in began popping up in the early 1900s. The first patented drive-in opened in 1933 in New Jersey. The original drive-in was marketed with the slogan, “The whole family is welcome, regardless of how noisy the children are.” Teenagers had more privacy at a drive-in, while families could load up a car and treat the family for one low price without having to buy individual tickets like at a regular movie theater.

Popularity of the drive-in theater peaked in the 50s and 60s with over 4,000 operating in the United States. Films such as Around the World Under the Sea and Beach Party were weekend favorites while movies like Billy the Kid Versus Dracula gained a cult-like following. As years passed, technology became a problem for drive-ins. Sound issues and Hollywood’s move away from 35-millimeter films to a digital format led to the closing of many drive-ins. Another issue plaguing drive-ins was the oil crisis in the 70s. Consumers turned to smaller cars to save money from the skyrocketing price of gasoline. A major allure of the drive-in was piling the entire family in the car for movie night. Smaller vehicles made this concept less desirable and more drive-ins disappeared. The emergence of the VCR made staying at home and piling up on the couch to watch movies more appealing. Today, there are less than 350 drive-ins left in the United States and only five in North Carolina. We are fortunate enough to have one in our area—the Eden Drive-In.

The Eden Drive-In originally opened in 1949. After several ownership changes and closures, The Robertson family invested in the concept and the area nearly 30 years ago. They purchased the updated technology needed to show current films, and the drive-in is flourishing today.

The Eden Drive-In meshes nostalgia with present day by offering a family event for movie goers. For children, there is a playground. The concession stand offers all the favorites like hot dogs, hamburgers, popcorn, and for the adventurous, there are “pickle-sickles” made from frozen pickle juice. Keeping with the family affair, some movie watchers bring small grills and cookout beside their cars.

The drive-in is loaded with fun and easy on the wallet. Double features make the trip more worth it. You can drive into the past on weekend nights and experience the heyday of the drive-in craze. What can beat a double feature with your closest friends and family?

And a hot dog… don’t forget the hot dog.

It’s Friday night. It’s time to party.
Previous Post
A lifetime of thanks