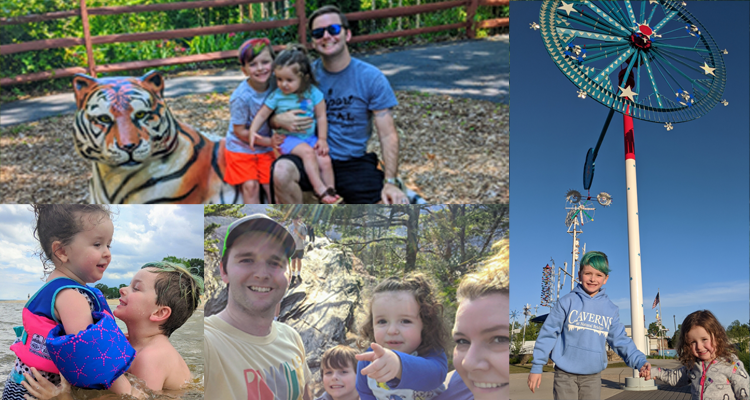 by showmag
“I’ve been away, but now I’m back.” That line from The Shining is one of many that I quote from time to time in my daily life and seemed to be appropriate for my return to a monthly column. Like everyone, I’ve been dealing with the new abnormal and life during COVID-19, which has involved... Read More

Dragons Are Coming: The Dragon Festival at VMNH

The Month of Love…And All That Other Stuff

“I’ve been away, but now I’m back.” That line from The Shining is one of many that I quote from time to time in my daily life and seemed to be appropriate for my return to a monthly column. Like everyone, I’ve been dealing with the new abnormal and life during COVID-19, which has involved quarantines, shutdowns, working from home, no school and many new realities in between.

It’s caused me to reflect on a lot of things in my life, some of which I’ll probably touch on in later months, but this month I thought I’d catch everyone up to speed on some of the more fun things we’ve managed to do, as a family, over the past few months. Or as I like to call them: COVID Adventures.

Starting in March, and before most of us really understood what was happening and how long it would last, we decided to take a day trip to Hanging Rock in North Carolina. I had always wanted to go, and the kids were sick of being cooped up in the house. The primary advice the “talking heads” were giving at that time was for people to go outside and enjoy a walk. And so we thought we’d do that in a different location.

As it turned out, a lot of people apparently had the same idea. The place was pretty crowded. So much so that within a week of us going, they closed the park down for a few weeks because of large crowds. We were able to keep our distance from people while we were there, however, and were determined to make it to the top. I’ll be honest, it’s a heck of a hike with two young kids, but we made it. And the view from the top was extraordinary.

In the weeks that followed, we stayed closer to home. We celebrated Ava’s 2nd birthday at home and could only allow a couple family members at a time to come visit, due to restrictions. We did all of our Easter activities at home. Kingston decided to dye his hair crazy colors because, why not?

In May, we began to venture out some more, while still avoiding large crowds. We checked out the Vollis Simpson Whirligig Park in Wilson, NC, which is really cool (and free). We went to Natural Bridge to visit the Dinosaur Kingdom for the first time. If you’ve ever wondered what the Civil War would have been like with giant dinosaurs involved, go check it out. We also did a “drive thru” version of the Natural Bridge Zoo.

June took us to Colonial Beach, Virginia, for an overnight trip. It’s a lovely little beach town on the Potomac River that is great for families. We also made our annual trip to the Mill Mountain Zoo in Roanoke, which had just reopened. By this time, everyone was wearing masks, but we still managed to have a fun time with the kids.

I think that’s one of the things I’ve wrestled with as a parent. So much of our lives has been turned upside down in the last several months. There are so many things, like tee ball and movies, that my kids aren’t able to do right now. And the things we can do are different than they’d normally be. This is a year of my kids’ lives that they will never get back. And so, yes, it’s different. But I’m determined to make it as great for them as I can.

What have you been up to the last few months? Drop me a line at: lee@showcasemagazine.com

August 2020: The Creative Process Issue
Previous Post
7 Ways to Get on the Water at Philpott Lake