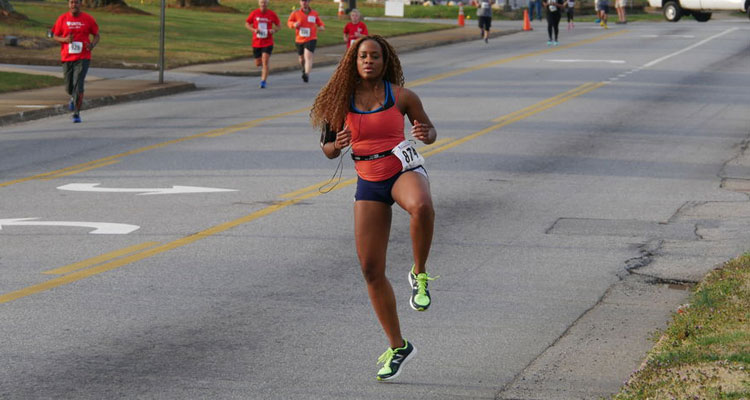 When Life Gives You Lemons

by showmag
2020 was a year of adaptation and change for institutions across the planet. The running community was not immune. As the year began, Miles in Martinsville officials were excited. The running arm of the Martinsville-Henry County Family YMCA had a full slate of seven races planned at distances ranging from one mile to 13.1 miles. ... Read More

Hospice or Home Health – Which is Right for You?

2020 was a year of adaptation and change for institutions across the planet. The running community was not immune.

As the year began, Miles in Martinsville officials were excited. The running arm of the Martinsville-Henry County Family YMCA had a full slate of seven races planned at distances ranging from one mile to 13.1 miles.

2020 was to mark the 10th anniversary of the Martinsville capstone event, The Martinsville Half Marathon & 5K.  A symposium on Running Science was scheduled. A pasta dinner for the runners was planned. Bart Yasso, former Chief Running Officer for Runner’s World Magazine, was coming to speak and to run. Runners were motivated. Vendors were preparing to man booths at a race day expo. Two hundred folks had registered to walk the 5K in memory and honor of Lily Belle Patterson, a 10-year-old girl who loved to run but had passed away six months earlier. Organizers were looking forward to a great weekend.

Then, in response to the Coronavirus pandemic, the running world fell in line with the postponement or cancellation of most spring races. Most big-name races such as The Boston Marathon, delayed or cancelled their events. Small, local events quickly followed suit.

Just weeks before the race, Martinsville race officials had to face the tough decision on what to do about their upcoming half marathon. Medical, governmental, and local standards simply would not allow moving forward with a race involving several hundred runners, spectators, and volunteers. With heavy hearts, a decision was made to cancel the in-person race.

Alternatively, they created a wholly virtual event. Thus, allowing runners to still run, but on the course and date of their choosing.  Organizers promoted the event as the newly branded VIRTUAL 10th Martinsville Half Marathon & 5K. Local runners embraced the concept. Some, simply because they had trained and wanted to run, and some because they had run previous events. Many, because there were no other races on the horizon.

Serendipity happened. Runners from across the nation, and literally from across the world, learned of the event. New Zealander, Roger Robinson, senior columnist for Runner’s World Magazine and author of When Running Made History, signed up. His wife, Kathrine Switzer, speaker, author and activist, who in 1967, became the first female to register for, and run, the Boston Marathon, joined him. Their New York friends were challenged to race them as part of the VIRTUAL Martinsville event. Runners from multiple states and across Virginia signed on.  Suddenly, the race became exciting again.

In August, Miles in Martinsville, believing in the benefits of outdoor exercise, opted to return to in-person racing with a new look that embraced recommended COVID-19 protocols.

Runners registered online or by mail only. Volunteers handing out race numbers and shirts were required to wear masks and gloves. COVID-19 questionnaires, temperature checks, and socially distanced wave starts with electronic timing, became the norm. No post-race snacks were served. Drinks were placed on tables for pickup. Everyone wore masks and socially distanced when not running. Racers were warned to give a wide berth with no touching, spitting, or coughing when passing.

Miles in Martinsville learned, and protocols improved with each ensuing event. Runners had to adapt to a new style of racing. Events became smaller. Post-race hugs and handshakes are missed, but the running action continues on.

With the experience gained in 2020, Miles in Martinsville is excited, and prepared for the 2021 racing season, which includes: