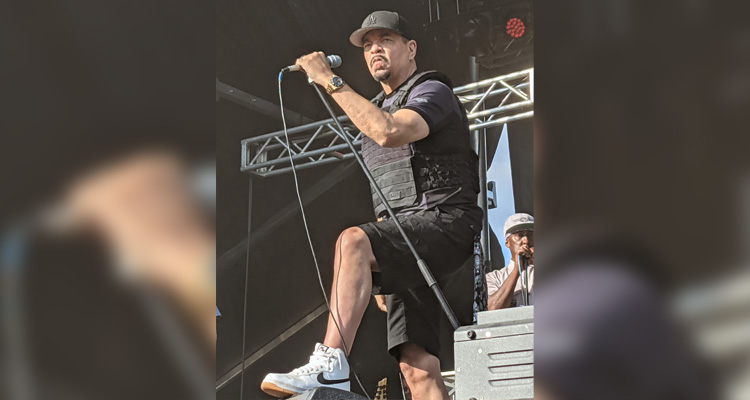 Ten Years in the Making

by Sam Jackson
It isn’t easy to book a rock show with a big-name band, especially in a small region such as Southside Virginia. Try booking over 180 bands across four days, with an expected crowd of over 30,000 per day and running a staff of over 900 employees. Then you’ll have a glimpse into what Blue Ridge... Read More

It isn’t easy to book a rock show with a big-name band, especially in a small region such as Southside Virginia.

Try booking over 180 bands across four days, with an expected crowd of over 30,000 per day and running a staff of over 900 employees. Then you’ll have a glimpse into what Blue Ridge Rock Festival CEO Jonathan Slye has been working on for quite some time.

“It’s been a 10-year process,” Slye said. “We’ve put together the second-largest rock festival in the country.”

It’s been a hard path. For starters, the 2020 festival had to be postponed because of safety concerns over the COVID-19 pandemic, and the 2019 event was forced to move venues before drawing big crowds.

This time, the festival, which is set for Sept. 9-12 at the Blue Ridge Amphitheater, sold out just days after the full lineup was announced. Not bad for an event Slye has called “the Little Engine that Could.”

How does a single concert promoter book an event this big with bands like Five Finger Death Punch, Rob Zombie, Shinedown, Breaking Benjamin, and metal icons Anthrax and Megadeth all on the bill?

“I think one of the biggest keys is (building) relationships,” Slye said. “The music industry is a relationship-based industry.” And while other music festivals are built on the strength of what Slye calls “corporate rock,” Slye prefers to utilize those relationships and understanding of the market to build this beast.

The Northern Virginia native said he likes to keep an ear to the ground to understand what’s going on in the music industry. Slye estimated that it takes at least three months of promotion to put on a typical festival.

“I have always been focused on what I can do to soak up information,” he said. “I compiled all these metrics together” by checking with with radio stations, and looking up streaming numbers to determine what bands would draw.

What did Sly discover in his research?

“There was more crossover of 90s hip hop and rap with our fans than people would I have realized,” he said. That’s why ‘90s rap-metal titans like Papa Roach and Body Count were among the top names on the bill. In addition, hip hip heavyweights like T-Pain, Ludacris, Cypress Hill, and the legendary Rev Run of Run-DMC fame also will appear.

“There’s plenty of acts for everyone,” Syle said.

“We wanted to have an emphasis on ‘true value,’” he added, bringing in acts that have a significant following with in a 100 to 150-mile radius of the venue.

The 2019 event was moved to Infinity Downs in Arrington at the last minute, but still saw significant traffic. This time, though, Slye was determined to lock down a site at an accessible location for the thousands who were bound to visit.

“I worked night and day” to acquire the property and put the lineup together, Slye said.

Although the regions top genre is what Slye calls “mainstream, active rock” and “metal core” is a strong second, “There’s a real synergy in Nu Metal crossing over with classic heavy metal bands like Anthrax (which is celebrating is 40th anniversary) and contemporaries Megadeth, half of the famed Big Four of thrash metal along with Slayer and Metallica. There’s a definite demand for some of those older acts,” Slye said. Which is why 2000s-era acts like Drowning Pool, Fozzy, Killswitch Engage, and Sevendust are also on the bill.

The mix of rock and hip hop may not be as common as it once was, but Slye points to the success of DMX, who appeared at the 2019 festival, as evidence that the rock audience has plenty of crossover taste. After DMX appeared at the festival, Slye said he made a point to tell Slye how much he enjoyed playing to the audience of rock fans who appreciate classic hip hop. Slye also said he’d hoped to bring DMX back this year before the rapper’s untimely death of a heart attack in April.

“I think that the music industry is smaller than some people think,” Slye said. Although at one time it had been more challenging to get ‘blue chip acts’ that don’t need the money, but “I think now we can not only acquire those acts, but when I come to a younger acts, it becomes easier when you establish credibility,” he added.

In light of some acts canceling recent shows over concerns about a recent surge in COVID cases, Slye said he’s had to remain focused on putting on a good show while looking after his patrons at the same time.

“It’s a really tricky situation. You’re seeing both sides of the fence,” he said. “What we’ve found was the safest policy was to adhere to state guidelines… we are going to comply with what the state has told us (to do).”

Safety still has to come first, especially at an event that will have camping available. But for many, the Blue Ridge Rock Festival is going to be a cathartic experience.

“So many of the artists are gong on their first tours back, and many of them start on the Blue Ridge Rock Festival,” Slye said. “For some of them, it could be two years since they’ve been on the road.”

The four-day event is ideal for others who want to break out of the pandemic doldrums.

“We’ve seen this huge surge in folks who are coming out to attend the festival for the whole week,” he added.  “I’ve been amazed at how many people are using Blue Ridge Rock Festival as a vacation.”

Impact on the Area

There’s another facet to the festival as well. Hotels all around the region are already booked solid. Restaurants and grocery stores likely will be busy keeping up with demand caused by 30,000 rock fans a day descending on the area.

“Small local businesses will absolutely thrive,” Slye said. “(And) there’s another layer. I’ve never seen such a ‘sky- high guest list’ of celebrities expected to come to the event,” he added. “Still, the event is for the fans, by the fans.”

“We’re very passionate about bringing a ‘big-event feel’ to small-town Virginia. “We  have fans who can come in for a great weekend… for an affordable price,” Slye said. “We just just want to be able to inspire and be a blessing to people.”

What is Slye looking forward to the most?

“Just having the event,” he said. “I think after all this time and all the challenges we’ve had to go through, for people to be able to gather and have joy and fun… is something I’m really looking forward to.”

Part of the Family
Previous Post
I Know It’s Only Rock ‘N Roll, But I Like It