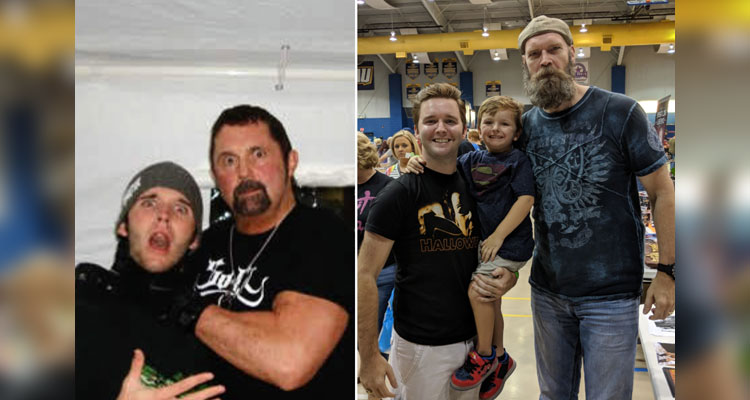 by Lee Vogler
Laurie Strode: “It was the Bogeyman.” Dr. Sam Loomis: “As a matter of fact it was.” I love a good scary movie. Heck, I even enjoy a lot of the bad ones. With this being October and Halloween right around the corner, what better way to start this month’s column than with a quote from... Read More

Going through storms to get to sunny skies

The Right Time for America’s Pastime

Laurie Strode: “It was the Bogeyman.”

I love a good scary movie. Heck, I even enjoy a lot of the bad ones. With this being October and Halloween right around the corner, what better way to start this month’s column than with a quote from John Carpenter’s classic 1978 film?

As far back as I can remember, I’ve loved this time of year. The chill in the air that begins to set in. The changing of the leaves. And most of all, the scares! I’ve been to so many haunted houses and hayrides over the years I’ve lost count. A lot of great memories were made with family and friends at these spooky attractions. Once I met Kane Hodder (pictured here), who played Jason in the four of the Friday the 13th films. Despite his imposing physique, he was actually a very nice guy. I found that to be the case when Kingston and I met Tyler Mane (also pictured) a couple of years ago. Mane played Michael Myers in the two Rob Zombie Halloween movies.

There’s just something about getting scared that appeals to us, as human beings. It has been in our culture for centuries, dating back to ghost stories being told around campfires. We scream, and then often we laugh afterwards at how we were duped into getting frightened over something so silly. It is all part of the fun.

If you’re in the mood for a good scare this month, consider checking out the latest Jamie Lee Curtis-starring Halloween flick, Halloween Kills. It was filmed in Wilmington, NC, despite being set in Illinois. Blair and I visited several of the filming locations a couple months ago, so it will be neat to see how it plays out on the big screen.

So enjoy this spooky season. And if you hear something go bump in the night, be careful. It might just be the bogeyman…