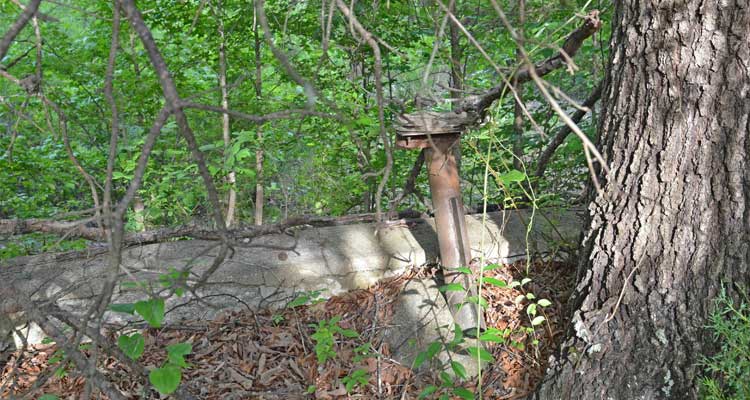 In Search of Luna Lake

by Barry Koplen
I was frustrated. An hour before I dropped by my friend’s house, I had tried to find a relic from Danville’s past, Luna Lake. Although I thought I knew where it was and how to get there since I’d driven to the site less than ten years ago, I was surprised that I couldn’t find... Read More

Men and Their Sports…

An hour before I dropped by my friend’s house, I had tried to find a relic from Danville’s past, Luna Lake. Although I thought I knew where it was and how to get there since I’d driven to the site less than ten years ago, I was surprised that I couldn’t find it.

Knowing my friends to be bona fide sleuths, I asked for their help. Within minutes, they provided me with a newspaper article from thirty years ago. That article had an interesting attribution as well as a quote from one of Danville’s most popular radio personalities:

“Luna Lake was a mecca of entertainment, a place where you could have a vacation in a day. It was an oasis.” Ray Hayes.

Then I was handed a map that directed me to Luna Lake. From my friends’ home, the Lake was less than ten minutes away.

At least it should have been.

According to the map, I knew I was on the right route that had led me to the right street, appropriately named Luna Lake Road. Miles later, I was at the end of the road. I didn’t see Luna Lake.

I turned around, drove slowly, looked for someone in their front yard, someone who could give me directions. Moments later, I slowed and stopped next to the driveway of a friendly, bearded man who walked toward my car.

In advance, I thanked him for helping me find Luna Lake. Then, he did just that.

“If you go down there, to a clearing on the right, you’ll see a pile of stones at the corner, just before you can make a right turn,” he said. “Those stones mark the corner of the property. Just behind all the grass that has been cut, you’ll see lots of trees.”

I knew exactly what he was talking about. I’d passed that area at least two times.

He continued. “The owner let all those trees grow to hide what was left of the old pool. It’s still there.”

Before I could thank him, he said, “Barry, you don’t recognize me, but I worked for you long ago.”

Surprised by that, I studied his face more closely, but I still didn’t recognize him. His long beard covered too much of his face. Nonetheless, we enjoyed our brief reunion.

Minutes later, I had walked to the edge of the trees he had mentioned. Beyond the recently cut lawn, there were briars and weeds and scrub pines. Since I was in shorts and tennis shoes, I was careful as I entered.

Less than ten feet away, I saw the remains of the top of the concrete wall that had been the edge of the border of the Luna Lake pool.

Even if I had been dressed to explore the overgrown property, I wouldn’t have been able to take many pictures. So much of it was completely hidden.

I recalled what my former employee had said to me. The property owner had purposely let nature take over because he wanted to keep children from playing in the remnants of what had been Luna Lake.

When I took my last glance as I rubbed where briars had scratched my legs, I knew the owner had done the right thing.

In fact, thanks to what he had done, I knew it would be my last trip to Luna Lake, too.