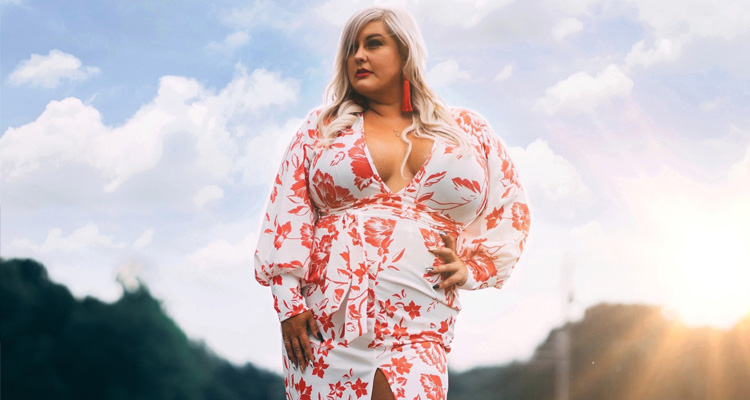 Singing is What I’m Supposed to be Doing

by Paul Seiple
Megan Doss was introduced to music early in life. “Like a lot of music folks, I got interested in church when I was younger. My great aunt and uncle were a singing duo. They traveled around and did a lot of church services, so I grew up to do the same,” Doss said. Performing to... Read More

Megan Doss was introduced to music early in life. “Like a lot of music folks, I got interested in church when I was younger. My great aunt and uncle were a singing duo. They traveled around and did a lot of church services, so I grew up to do the same,” Doss said. Performing to an audience didn’t come easy, but she found comfort in the church. “I had really bad stage fright to sing anywhere else besides church for the longest time. I’m really glad I got over it,” Doss added.

Around twelve years ago, Doss performed outside of the church for the first time. It has been her career for the last 9 years. “Honestly, it’s hard to imagine doing anything else besides singing,” she said. Before becoming a full-time singer, Doss owned and operated a dance studio. “I will always love dance and it will forever be special to my heart. But I know singing is what I’m supposed to be doing.”

Before hitting the stage, Doss has a simple pre-show ritual. “I usually just sing along with the radio while I’m driving to my show.” Occasionally, Doss will practice new songs she is working on. Other times, she prefers a quiet moment. She added, “I know it’s wise for me to sing a little before a show, but sometimes I use the drive to catch my breath and clear my mind in complete silence. It depends on the day.”

Choosing a career in music is not as glamorous as it may seem from the crowd. The “job” dynamic can overshadow a key component—creativity. “I don’t know if I feel like I’ve been creative lately. I struggle with that because business always ends up coming first,” Doss said. She hopes to change things up next year and to “get into a creative headspace.”

Doss understands that the career path she has taken requires sacrifice and drive. She added, “It’s not always easy to chase dreams.” Doss finds inspiration from people who work hard and want to be better. “Whether it’s weight loss or building a business or going back to school, I always feel inspired and encouraged to see anyone going after something they really want.”

Doss marries her inspiration with the best advice she’s received—”It doesn’t matter how good you are, what matters is opportunity and what you do with each one you’re given.”

When asked if there was one album Doss would recommend, she named Chris Stapleton’s Traveller. “I rarely love every song on a record, but this is one I’ve been listening to front to back since it came out, and I still love every song.”

As far as a dream collaboration, Doss had to think about it. But she said, “If the sky was the limit, I’d say Miranda Lambert or Dolly Parton.”

For aspiring musicians looking to travel a similar path, Doss had this piece of advice. “I would say, listen to some of the feedback. Sometimes the hardest thing to hear is negative things about yourself. But it can also really help. It definitely helped me.”

Looking to the future, Doss wants to have more original music. She added, “I hope to be a better singer and businesswoman.” She would like to set more time aside for family and travel. But mainly, she hopes to “still be jammin’ with all my awesome folks I get to play with now.”