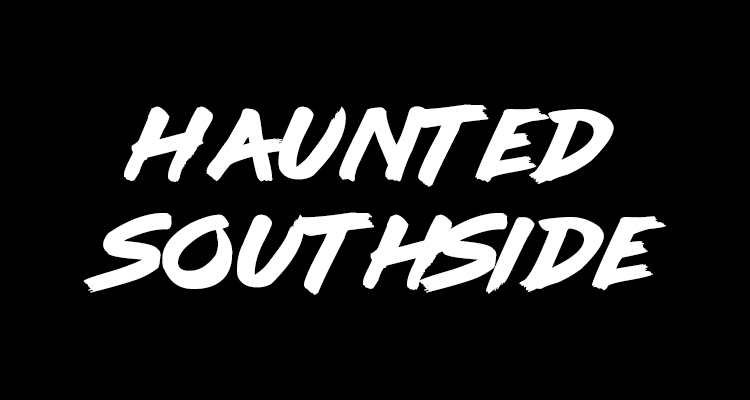 by Davin Wilson
We’ve all heard (and been scared by) urban legends such as a maniac with a hook for a hand, a headless phantom that walks the railroad tracks with a lantern looking for his head or a witch who’s put a curse on the town. In most cases, those stories are just stories, but as it... Read More

We’ve all heard (and been scared by) urban legends such as a maniac with a hook for a hand, a headless phantom that walks the railroad tracks with a lantern looking for his head or a witch who’s put a curse on the town. In most cases, those stories are just stories, but as it turns out, some might be true when it comes to our hometown of Danville.

In 2015, Channel 6 News in Richmond published an article that ranked our hometown as the third-most haunted city in the country — which makes sense given the city’s deep agricultural, industrial, and social histories.

There’s the tale of a witch that supposedly pulls you down a flat road to your death, stories of phantom cigar smoke in the old museum, and the legend of a tomb haunted by the ghost of a murdered mother and her children.

No matter the tale, if you’re into things that go bump in the night, Danville is the place for you. Let’s look at some of our local haunts.

Sutherlin Mansion: Built in 1859 for prominent citizen, Major William T. Sutherlin, the house became the temporary residence of Confederate President Jefferson Davis, who issued his last official proclamation as president of the Confederacy. Because of Davis’ stay in the mansion during the last week of the Confederacy, the city has become known as the “Last Capital of the Confederacy,” and apparently some spirits still hang around.

The figure of a man peering out the windows during the day is one of the biggest purported haunts. Along with the ghostly appearance of the man, people have smelled cigar smoke in the dining room even though nobody is smoking. The sound of a little girl moaning through the other side of the wall can also be heard, while visitors have also seen reflections in the mirror. Strange orbs have been seen floating on the security cameras and some have even claimed to have seen the apparition of Major Sutherlin himself.

Gravity Hill: Turn off U.S. 58 and you’ll find Oak Hill Road off of Berry Hill Road. While the intersection appears to be ordinary, it’s really quite bizarre. Stop your car at the stop sign and put it in neutral — no foot on brakes or accelerator — and it will be slowly pulled up hill, thus the name Gravity Hill.

The legend goes a witch moved onto Oak Hill Road to mess with some of the community’s overzealous religious folks. The witch, naturally unwilling to let bygones be bygones, is said to haunt the road and pull drives back to her house for their certain deaths.

Author Ryan Doan made the trek to Virginia to test the road where he found the legend was quite true. He recalled not only the car moving backwards but looking down at one point and seeing the milage on his odometer read 666.1 — weird not only because of the number’s significance, but because the witch’s house is 0.1 miles up Oak Hill.

Got chills yet? No, let’s continue.

Satan’s Bridge: Not far from Gravity Hill is a little two-lane county bridge covered with graffiti on both sides. Its official name is Berry Hill Bridge, but Danville and Pittsylvania County residents — along with paranormal researchers and supposed occultists — know the bridge as Satan’s Bridge.

It has been said that the bridge was once a meeting place for a satanic group. The group supposedly sacrificed animals and hung them on the bridge, while also etching pentagrams — many of which are still present — into the side of the structure. There have even been reports of hooded figures being seen in the woods nearby.

There’s also the story of a woman, who, around the Great Depression, was walking on the railroad tracks near the bridge when she was struck by a Norfolk Southern Train. A few days later, a group of teens stumbled across her headless body and called the authorities. The woman has supposedly been walking the tracks with a lantern, looking for her head.

Legend of the Tomb: There’s a church that sits off Laniers Road in the county. On that church’s property, there sits a tomb that was built to memorialize a murdered family. According to the urban legend, there was a house nearby the church in which a family lived. One day, the husband locked his family inside, including the dog, and burned the house down, killing everybody. The wife’s mother had the tomb built as a memorial for her slain daughter and grandchildren.

It’s said that if you go to the tomb and sit on it around midnight, you’ll hear dogs barking first, then the kids screaming, then you’d smell the smoke. If you stay long enough, it’s said the man will come and kill you as well.

Bell-Pace-Boatright House: This is one of the city’s oldest houses and was constructed as the events that led to the end of the Civil War were occurring. Maybe because of its age, maybe because of its rich history, the house is known to be supernaturally active. Jonathan and Ginger Holbrook and their children had several sightings in the house, including a Civil War soldier who has, on multiple occasions, been seen entering the basement of the house from the outside.

Other sightings include a servant who walks through a wall where this isn’t a door, even though there used to be. Ginger has also seen a young girl in Civil War-era clothing and has heard the voice of a “proper sounding woman” in the living room.

The house’s original owner, Mr. Boatright, has also been seen sitting in a rocking chair or in a swing on the second-story porch. The story is, if you ask him to stop rocking or swinging, he will oblige. Lastly, some have also seen the face of a little girl looking out of the attic dormer.