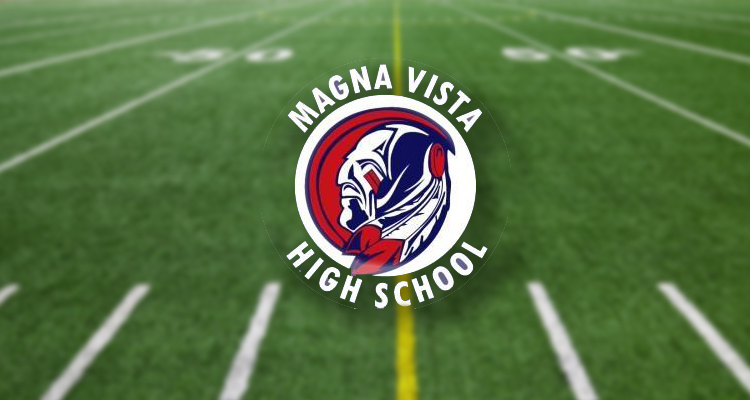 by Davin Wilson
Here are five things you need to know about Magna Vista heading into the season. Wet Behind the Ears Entering his 15th season in Ridgeway, head coach Joe Favero has won two VHSL state championships, six Piedmont District championships, 113 games, and has led the Warriors through a pair of pandemic-altered seasons. But Favero has... Read More

Here are five things you need to know about Magna Vista heading into the season.

Wet Behind the Ears

But Favero has never coached a team as young as the Warriors are this season.

Favero has been impressed with the leadership his nine returning upperclassmen have shown so far in preseason camp.

“This season we will have a very young roster with only nine seniors,” Favero said. “These seniors have done a great job leading us this offseason and have been great role models for the younger players.”

Look for seniors J’mere Hairston, Jontae Hairston, and Caleb Lynch to make a big impact while junior A’Mari Thomas will give Magna Vista a little more depth and experience as well.

In order to be competitive in the Piedmont District, teams must be big, fast, and physical. Looking to meet those needs, the Warriors have been spending more time in the weight room this season.

“Everything for us starts in the weight room in the offseason. We have worked really hard,” Favero said. “The amount of players we have who have dedicated themselves to our offseason workouts has really paid off. We have already seen a lot of improvement across the board with speed and strength.”

According to Favero, rising juniors JJ Spriggs and Ethan Stockton have really put in the work, helping them to rewrite the Warriors’ record books.

Some high school coaches wade their teams into the water at the beginning of the season, testing the waters with matchups against cupcake opponents. Some coaches jump into the deep end from the start, making sure their teams feel a few waves rocking the boat.

Favero is the latter type of coach as the Warriors start the year with a benefit game against Salem before opening the season with a matchup against LCA.

The Spartans finished their 2021 campaign with a mark of 11-2, including a perfect 5-0 record in River Ridge play, and won the Region 4D championship for the third year in a row before falling in the Class 4 quarterfinals.

On the other end, the Bulldogs went 13-1 last season, including a 6-0 stay in Seminole District play, won the regional championship, and played in the Class 3 championship game.

Like a lot of local teams since the start of the pandemic, Magna Vista has been down in numbers over the past few years.

But don’t expect that to be a problem for the Warriors this year as Favero is expecting one of his biggest classes in recent memory.

“After having small rosters in the past seasons, our participation has improved, and we should have 75-plus players at Magna Vista this year,” Favero said.

While the Warriors lost several key pieces of last year’s team, including Carter, Johnson, and Martin, Magna Vista has a solid core of returners who can make a big difference.

The Warriors will face new-and-improved competition in the Piedmont this year, but their early season schedule should ready them for district play.